The War That Comes: Are We Sure We Want This?

The efforts to avoid conflict seem to be failing, as the Bilderberger controlled media has not surrendered their expansionist ideals, even as the eastern half of eu seems prepared to secede from that organization. 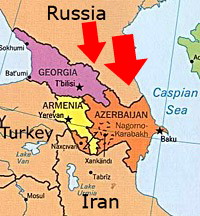 The media cannot escape the role it is playing: that of a deadly spider, whose bite isn't perceived by its victim due to the administering first of a numbing effect caused by the venom. The Russians have been quietly building and fortifying their presence in the regions adjacent to the US presence since well before now. There may be as many as sixty divisions either in or around Armenia and Azerbaijan, or in packages sent by air from airfields nearby which would put Russian boots on the ground in a place the whole world would feel them stomp: Saudi Arabia.

The conflict in Yemen, and the conflict in Qatar both identify a Saudi attempt at consolidation of power, and both represent failure of having done so. Besides polarizing the Arab world, Saudi military actions of late have also polarized the general population of Saudis whom disagree with the purpose and the scope of the crisis.

Meanwhile, Israel has put forth the absurd notion that it should form an occupational government in Southern Syria, and in the Bilderberger-controlled press, this proposition has not received the proper banishment from relevance anyone seriously making it should experience.

So, the culmination of all these shall probably result in a second quarter of fiscal year of 2018, a military attempt launched by the huge military industrial complex of the Nato Alliance against Russian resistance to Israeli occupation of Syria. This, however, will be limited for Nato by two factors: the Russo-Alliance invasion of Saudi Arabia, and the status of Nato readiness in Central and Western Europe.

Also, the great likelihood that South Korea will be at the very least attacked by the North shall reestablish the members of the Warsaw Pact almost entirely, though this time, sans Communist ideologies.

There is perhaps no greater assurance for Russian victory than the quality of leadership in eu member-states which is actually driving this policy which it hopes will culminate in eu expansion. These are not the meditations of a good leadership, nor do they reflect good leadership. Most plainly, this illustrates a total lack of inspiration in the conceptions of the eu and other international organizations who are plotting it.

Thusly, the issue over who started this war could be applied to either side.

The usage of nuclear weaponry will not be prolific except in terms of anti-satellite roles. As you know, the modern advantages are a product of satellite and microwave communication, which are extremely vulnerable to EMP. The army that is best trained to recover from EMP, and best-equipped with the types of communication that do not require dependencies on satellites nor upon microwave communications will prevail. 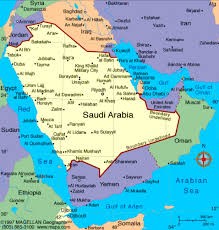 The Having And The Getting

Holding ground gained will only be possible by eliminating pathways to the projection of power coming from outside the advances. Therefore, Russia capitalizing upon Turkish PM's Erdogan's very headline-grabbing fall from eu grace should be understood to mean that Putin is aware that the US has cast its die. That die is isolationist.

The logic behind Trump's recent calls for cease-fire only mean that the United States is unwilling to remain in the region as the biggest player in the convolution which epitomizes US efforts. But the likelihood that the US will not commit fully after a Russian invasion of Saudi Arabia is almost non-existent.

With capture of 40% or more of the Saudi petroleum production, the Russian government would not need to counter-invade Europe to end its retaliatory capability. It would simply need to wait their supply out.

Heavy rationing would drive oil prices to a skyrocket, limiting the scope of retaliation, as well as the industries requiring the oil to give the militaries of eu allied nations so that they can retaliate. If Russia succeeds in both capturing 40% of Saudi Oil, and manages to fend off attacks for a minimum of two years, the resulting devastation would force the suit for surrender.

China will be highly visible in the South China sea, all the way towards the Sea of Japan, and in concert with Russians in the Bering Sea. Since the hostilities cannot be resolved via invading the US along the West Coast, then the likelihood that Chinese naval presence shall act as a quarantine force is very high. The combat, if there is to be any, will most likely come after the initial outbreaks of fighting, and the surrendering nations attempt pockets of resistance.

Areas of Chinese control will be the Pacific Rim nations, excluding California.

The conflict will not truly end, as there will still be nations attempting to mount a challenge to the Russian Alliance. Yet, for the most part, in the US, this will be doomsday.

This hasn't happened yet, not all of it. But the facts that keep driving the public to accept the animosity against Russia are created to make this war appear to be their doing. And they are not stupid.