The Man Who Tried To Warn Us

This morning, an estimated $37 million in digital Ethereal currency was stolen from the encrypted and ubersecure accounts of Parity Wallets. This, along with delusions and anxieties that linger about Russiahacked, for instance, demonstrate how cyber tech is opening a new dimension of warfare, and how a whole new criminal class has emerged.

In spite of the patented and obvious risks in all things internet, this serves to further prove that at least as far as digital technologies are concerned, in the digital continuum, and therefore life, and from now on: there shall be nothing that is truly safe... 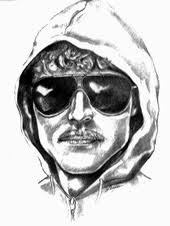 Ted Kaczynski, aka the Unabomber, warned the people of this world that an increasing reliance upon the developing cyber-technologies, which came to define the Digital Age, would prove more disastrous, and in less time, than either of the two ages which preceded it.

Kaczynski based this upon the accuracy of Alvin Toffler, whose, The Third Wave, defined the human condition in terms of technological developments which defined each of three waves in human accomplishment.

The first, or Agricultural Wave, was defined as the cultivation of plants and domestication of animals, and defines life as bucolic and pastoral.

The second, or Industrial Age, began with the steam engine in UK, and is still being seen in held-over factory productions of automobiles, and petroleum prospecting, the mining of coal, as well as the rise of the forty hour work week, and the basic blueprint of the corporate structure. 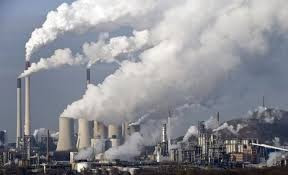 And the third wave, which he defined as The Digital Wave, bears his predictions of such things as junk bonds, and the proliferation of technological advances outrunning the ability to market products, as they quickly become outdated. This is, of course, exactly the meaning of Moore's Law, and was clearly defined by Toffler as a part of trends that hold true that reflect the nature of mankind in every age, and in their persistence.

For example, each age grows shorter in length. The age of pastoral villages and farming spans the longest part of our human existence, easily from 10,000 BC-1789 AD. And, in similar fashion, the Industrial Age lasted nearly four hundred years.

Toffler did not answer definitively if there would be any further ages, or if, in his 1977 mentality, he left that all in the "if there isn't extinction by nuclear war" file. But, he did believe that the Digital Age would sweep through the human civilization like a revolutionary ideal, and it would usher in the next level of human existence.

Speculations include cyber-immortality, and world peace, but they land on the positive side of fantasy. The reality Kaczynski saw was a little darker...

The thing that Kaczynski saw, that no one else actually did, was the human condition existing at the pastoral level as the highest potential for life. Therefore, the Second, or Industrial Age, brought with it the convenience of electric light, trains, and the aviation industry, for instance. But it also brought the serial killer, industrialized war, and crime sprees in short amounts of time in areas distant from one another.

Thus, in his Manifesto, Kaczynski postulated that the Digital Age would be rife with government surveillance, crime, and would ultimately weaken the nations. 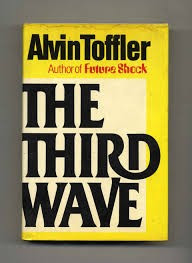 Cryptocurrencies, to Ted Kaczynski, would represent the presumptive absurdities of attempting to engage the capitalist exploitation of the Digital Age, and with it, the rise of the black-market tolerating Austrian economic school.

It is perhaps further proof that these huge digital thefts, and the marketplaces of human depravity, are ushering in an age that shall lead to a massive and system wide failure due to the high degree of cyber dependency at each and every level of government, finance, medicine, power-grid and other infrastructure functions that have each been assembled into this vulnerability. These very vulnerabilities are potentially linked to how and why the First Age began, in the first place; as though the human journey were cyclical.

So, in light of the increasing moral depravities which lay poised to emerge out of the Digital Age, Kaczynski targeted the men that made the internet, and the men he blamed as having created what will wind up taking mankind out. He felt that these bombings were the least he could do, because of Plato's quote: your silence implies consent.

These acts didn't prevent the Digital Age, but we can say: Kaczynski foresaw human vices which Toffler overlooked. In his, Future Shock, Toffler also advised that people who understood his message would be both highly sought after, and simultaneously locked away in age-old institutions, presumably, where they could not threaten the system.

As the continuing incertitudes as to the realities of internet security grow into fears, it remains very unToffler-like that not one single Tech corporation offers a one-shot wipe for all accounts and personal data held in the ordinary servers of this world...

But it would seem that the future of cryptocurrencies is indeed, in a high degree of reassessment.
Here is a link of Cryptocurrencies
https://www.google.com/url?sa=t&source=web&rct=j&url=https://en.m.wikipedia.org/wiki/List_of_cryptocurrencies&ved=0ahUKEwiLt6j7yJnVAhVPxCYKHc3EAtUQFgiMATAB&usg=AFQjCNH3498yJ1JA5CxYUFlL4qmRWCCW1Q

Most Cryptocurrencies are based off the accomplishments of BitCoin, invented by the pseudonymed Satoshi Nakomoto...the actual designer is believed to be a white English speaking guy of Northern European descent.

Cryptocurrencies, in general, share the same representative properties and trading programs, and therefore the same general properties, such as market-control anonymity, as well as trading at or near the fluctuating Bitcoin. Cryptocurrencies are almost always used on deep web transactions, exclusively.

Not one cryptocurrency is immune from finance-sector exploitation, either.
Here is the list from Wikipedia with none of the details, besides the date that each was launched:

What has gone wrong is the theme underscoring the ideologies of this generation, and the older people's contentment with risk, and with the learned-mentality that these things are going to happen, that these things should happen, and, if we get caught, or somehow hurt because of inevitable victimisation, then that is ok; because getting caught is an acceptable risk.

This is what the Unabomber was referring to as the end of humanity.
at July 20, 2017