The Flag Of Retirement

"What a fool believes, that he sees, no wise man has the power to reason away, what he thinks he sees is always better than nothing, nothing at all...keeps reminding him..." What A Fool Believes, Doobie Brothers

John McCain is one of those congressional members whose work personally writing and passing the Magnitsky Act means that he knows Russiahacked is fake. But it may seem to his boomer brain that lying about it since January gets his name in good with the Globalist Republican Party. But, in his 2008 loss, he pranced to too much their sucker.

His acquiescence to ReBush corruption was viewed as incredibly dumb. He, however, referred to it as "courage". But his nomination, which is directly related to his showing-out for the Globalist Republicans, meant nothing whatsoever, unless he told the truth. And he just cannot seem to, and it cost him the job. Hell, it nearly cost him an empty column in the electoral vote count which would've been a first in American History.

Now, in similar fashion, the world he knew is slipping through his fingers. And all the while, the same useless rhetoric about Trump, Russia, and negative spins is so out of round only Yahoo will publish his remarks. Like on any Naval base, at the end of a day, the flag is retired till the dawn, McCain, in typical baby boomer fashion, just keeps on running his mouth.

John McCain believes that Globalist America is the only America that exists. The America of the boomers, in his mind, is the place of the leading-edge of what it means to be American. His America is the resolve of all work prior, and he cannot, in his unbelievable pomp, see the clock on that wall.

His America is the worst carnation of the national ideal, ever. His is the one rampant with divine scorn taking the form of failures, and boomer-level bombastitude that would tend to tune out the dam burst until one after one, his lawn, his porch, his house, and then his era, are swept completely away.

Meanwhile, his absolute comfort with rocking public accusations upon the brains and the meat of that dead horse makes not the strains of Jefferson Airplane that he thinks he is hearing, but the sound of another boomer whose time is up, only his generation's incredible selfishness translates this automatically to mean, "keep talking, lovechild!" in order to remove the hurtful fact which he is ignoring.

John McCain? This is the Lord. R E T I R E. Globalism is not going to survive.

Globalist Remarks of the Day:

The two layers of his artful speech, minus the hot wind which is truly an art form to turn as copy-ready and clever rhetoric, are necessary to separate. When so done, the message is clear: his America has died. The US's participation in Globalist agenda is no longer possible due to a major earth shattering edit brought to you by common sense.


The age of intelligence agencies, and their mystique, has been unable to shake off the death of James Bond via the Cold War ending, and the realities of the sentiments of the American public, and those of the world for the huge amount of vapid stupidity that has been forced upon us by the Clinton/ Bush political experience.

It is impossible to deny what the digital age has already done to the world John McCain keeps on L I V I N in, but working for the Rothschilds/Rockerfellers keeps a little money in his pockets...The world he knew is no longer able to survive with Divine Intervention socking the idiocy of American policies right in its Globalist mouth.

But call it his pain meds, call it his psychological composition, call it psychedelically didactic: his views on power, as the ones shared by current pentagon brass, are no longer options. It is time that they either be sent out to pasture, or to the leather tannery. Either way: this is finished.

Please, write to Mr McCain, and let him know that the Day of The Moth is finished forever in America. And pray for Germans, because they seem to be the lightbulb she flitters around.


In this article, the basic facts of McCain's association with this bill is outlined. He continues the Globalist bullshit, about human rights, etc, when he supports torture, participates fully in fractional reserve banking, denies the creedo of American equality, and lives on counterfeited money, and borrowed time. If his salvation couldn't outrun his mixed messages....oh, wait...it cannot.
https://www.google.com/url?sa=t&source=web&rct=j&url=https://newrepublic.com/article/110241/bill-browders-magnitsky-act-avenges-lawyers-death-russia&ved=0ahUKEwikore78ozVAhWBQCYKHXjcBDAQFgg2MAU&usg=AFQjCNGQ2Zw-D1fgQICzlpLIkZMEAy9yqA


Here is proof that the Senator operates daily in violation of the US Constitution, Article II, §ii....
https://www.google.com/url?sa=t&source=web&rct=j&url=http://www.globalresearch.ca/the-true-story-of-the-bilderberg-group-and-what-they-may-be-planning-now/13808&ved=0ahUKEwjqobeg94zVAhXBOyYKHV07BWoQFggtMAY&usg=AFQjCNG3e5ApLHtNOsQo6Hoi41bP8LfcxA
Here is the only part to you need ti know... 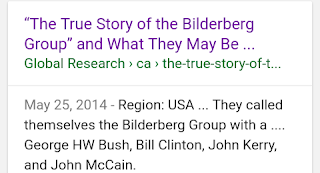 This is possibly the last time a leader cared about us.....the Bilderberger Group is exacty to whom JFK is referring.
https://www.google.com/url?sa=t&source=web&rct=j&url=%23&ved=0ahUKEwj2yq7fwo3VAhUTxCYKHfzIBxcQxa8BCCAwAQ&usg=AFQjCNF1sHlk2z9QIx28jtvfnGP_UlkifA

This is what both parties, under foreign influence, and in violation of art 2 sec2 of the US Constitution, are doing. Party dialogues are a lie. The Bilderbergers are destroying us with fractional reserve banking...
https://youtu.be/KOeaiFsP5fA
at July 15, 2017