The EPA: Alphabet Agency Badly In Need Of A Retooling

EPA. Because Mother Government Loves Us 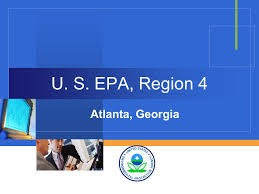 The EPA is one of the several alphabet agencies created by the Nixon Administration in a time where Nixon, himself, accused any expansion of the proverbial "big government" ideology as anathema to daily life in America.

Many Americans believe that the Environmental Protection Agency is nothing more than the pollution police, but it is actually a construct of too many overlapping offices to count, and governs its influence upon public and private affairs subdivided into ten pretty much autonomous agencies called, "Districts"or "Regions".

In 2016, in the summer, along the Warrior River and near the Gorgas steam plant, a industrial company in good standing with EPA District Four management emptied an as of yet undisclosed amount of toxins into the river, itself. The resulting fish kill stunned local fish camp owner's businesses, as well as commerce along the banks of the river.

But there was no slanderous and railing allegations in the "yellow digital publications" due, in part, to the Monsanto Corporation's influence over the science and industry of GMO's, as well as the Obama Administration's lack of a warlike disposition in regard for Monsanto.

But the small businesses, many of whom were already taking a hit due to the EPA's war a là Obama against everything coal, were not so lucky. Not a single word as to whether or not Monsanto had been ordered to reimburse, or had settled out of court, but when contacted for an opinion, a friend exactly in that situation, said, "Oh, now I lost money, but we got through it alright..."

The thing is, this is the EPA in Alabama. It is politically abusable due to the flaws in its design. The duties of EPA are not being prioritized in terms of what actually needs to be done, instead, the EPA inspects certain types of businesses, and ignores others, and to say that this was used politically during the Obama Administration particularly would be something of an understatement. It would be the allegoric equivalent to launching back your fist, then throwing a bb down a hallway....because that is how obvious it is.

This was possible due to the EPA being an Executive Order of Nixon's. So, naturally, whomever occupies the oval office is the person whom holds the EPA thunderbolt.

The EPA, however, after forcing the land reclamation of areas which had been formerly mined, and then setting tolerances for allowable mineral levels in the waterways, well...after that, it is a line-itemizable potential trim on any president's budget proposals. The problem arises, however, when the thirty (or so) areas of authority over lap, because that is how Monsanto happened, via a process of jurisdictional overlap which resulted in one office believing that the other had cited the operational regime within Monsanto as to ensure that the wildlife could not be endangered by an industrial "accident" like that.

The EPA fines these corporations, and moves on. But when the EPA returns, it is not the same office within EPA, but one of the many numerous subdivided offices, and bureaucratic deference failure, such as the type resulting in Monsanto, is part of the DNA of this type of regime.

The notion that EPA guidelines still need to oversee the coal industry is opiate-induced aloofness. It is the mainstay for folks whom actually believe that the impact upon every industry in the US has not been inexorable and irreversible change. Change which forever altered the manner in which each industry within the US operates. The belief that"the government must protect us from industry" doesn't speak of regulation. The EPA really doesn't regulate anything very effectively, anymore. Now, it's agencies spend billions trying to justify their budget, and it is this pursuit which has been prioritized.

I would, too, if my income were challenged by the notion of actually having to make a living...
This is a hypocrisy on so many levels....

If you believe that the coal industry is a threat to you, do me a favor: tell that to Chernobyl, and take that laptop outside and hook it to your car, but after it runs out of gas, throw your car away, too.

Btw: I was exposed to Chernobyl, as was everyone in Central and Western Europe...so it isn't funny.

If you are under any illusions that EPA guidelines do not take the form of simply memorizing the lines by this point in time, do me a favor: inbox me, somehow I know I can find a way to profit from how fascinated you continue to be with the obvious.

But, if you know that EPA is one of several Nixon-spawned alphabet agencies badly suffering due to design flaws, and/or, as in the case of the EPA, badly in need of slimming and raising functionality, then stick around. Functional scepticism in any usgov agency that operates with this level authority, yet the public's either lack of interest, or helpless adherence, is the first ingredient in the recipe for reform and a badly-needed update.

If you still think we need this agency in fuge, please, move along. Don't talk about Monsanto, either.

And don't bother me if I fish near the strip mines. If those fish are tainted, it is only the taint we get from water and dirt.

Email ThisBlogThis!Share to TwitterShare to FacebookShare to Pinterest
Labels: EPA, reform is needed, whatever happened to equality