While fakenews seems content to try to slowly lobster back upon the returning trek towards their credibility, the fact is that most Americans have simply turned it off. Meanwhile, the renewed Globalist strategy of hostility towards Russia continues, with only non-Christians actually fearful of the loss of the "accomplished vision" of an America whom its founders can no longer recognize, and whose citizens suffer from delusions about the meaning of life, and how it was all about their feelings, and how inalienable it is that they have the right to express them. 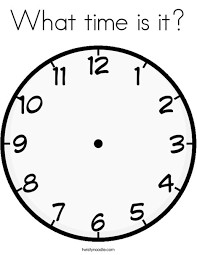 The soldiers whom defend the United States cannot survive a war against Russia, nor against China: but the reasons only trigger in more animosity, a population which has been calculatingly and thoroughly divided. The US just cannot win wars anymore because of what the US has been conned into representing.

But the realities of the Universe: that God is old, and sees homosexuality as clear design to destroy His creation (mankind), it is because of these facts that govern the nature of reality, that China and Russia would prevail to beat the US and NATO. And the reason is that their services do not permit this irrationality of "gay rights", and the anti-logic of feelings, and expressing those feelings, either to exist, nor to occupy a place high on the pecking order of things that do matter, like sending troops into combat without ballistic armor. That actually happened. Do you know why? The answer is simple: the media has accomplished a damage to this nation which no other enemy could.


In Russia, victory matters, thus, Russians have not stratified their society in any false notions of the global consequences of their actions. They take care of their soldiers in ways that matter, ways that win wars.

They still practice sanity like Christian nations. And though China is a relative newcomer to this view, Russia is an old hand, and with age, comes wisdom. Russians have overcome the most bloody invaders in human history with a combination of summoned and sometimes desperate resolve, and a geography which is vast, and incomparably cold and deadly.

The US was less than 300 years old when the last of its institutions was invasively occupied by deluded people: its armed services. They defended you until they could not, anymore. With the redesignation of military service which seems like the last place feelings should matter, we have now made a confirmed enemy of God. Ask any veteran of the last conflict in which the US prevailed (WW2): your individual feelings do not matter, and when you're in the service, institutionalizing heretical "gay rights" now channels an already burdened bureaucratic nightmare into new levels of, incredulous cries of, "WTF!?!"

I have seen Brigadier Generals snap waiting for the second day in a row to draw quarters on post for his family. But, if his quarters may place him or his children in view of a moral mistake, and the litany of non-sense backing it up, that general may consider retirement a lot sooner than ordinarily. You are losing your military, America.

Russians do not have gays in their military, nor do Russians actually feel that the manifestations of their opinion is anything which should concern anyone else. Russians disapprove of committing institutional heresy. They don't join the military to experiment with any delusional notions of the human-condition, nor do Russian military medical facilities offer surgeries to placate these people's mental illness, nor do they pretend to.

They do give them psychiatric help, because self-maiming, or maiming one's self by-proxy, either one is a symptom of disordered thought. And it violates the Hippocratic Oath to help someone visit a tormented psyche upon their own bodily harm, or that of another's.

It is not why we defend our country. But Americans have lost sight of this, and many, many other things.

There are two tracks in American life, the inside, and the outside. The majority live on the outside, view themselves as subjects to the unchangingly wicked world. They work hard and live in debt.

But the inside track simply prints up money when they need it, and they draw it from an endless supply, most of which is laundered in the user-friendly world of a Government Services Employee check, such as that of a retired Congressman-turned-DOD consultant. They need to distract us, so that we do not see this legalized form of counterfeiting. So they have the party dogmas, and all these gender-bullshit arguments, and they give this to us. Meanwhile, they are living like the kings they once so eloquently repudiated. Oil, however, in huge amounts, can cover the checks which the Rothschilds banking conglomerate, as well and their partners, have been kiting regularly since the Nineteenth Century.

The whole act is the dramatic of the latent: while the much-smaller-than-anticipated numbers of those deluded by the media into the silly flight of fantasy accompanying their delusions that leave their mark in the assertion of the legitimacy of their homosexuality, or their right to pretend to be an insect, or...whatever, these people's numbers were just not large enough to swing the Democratic vote. But these Globalists still want a war with Russia, the Russia God loves. And they want the United States, which cannot find God anywhere, they want that US to lead the charge.

Had the actual voting numbers of the deluded people been high enough, Mrs Clinton would idiotically be preaching "death to Russia" and "poor Ukraine", and conduct her despicable Bilderberger company right into the oncoming traffic of a war, like these of late, in the Occident, and Vietnam: where God's disapproval is simply not getting through to them. It is already having to compete with the silence of His contempt for them, in-general.

And the Russians are a long-suffering people, with an actual economy, and their army is composed of a staff which repudiates that a universe-sized suicidal urge, such as that of homosexuality, which simply conceals a "lose every war" logic, which, itself, conflicts with all that is life, and all that is defense. And the Chinese have a treaty with Russia, as well. So, one or the other, gay and proud may hold them to a draw: but there is no way that the US, nor its allies, can beat an alliance of both.

Instead of fighting these nations, we need to be correcting what the supreme court and the idiocy of Clinton have done to permanently harm our country.

Sexuality is not a soldier's right: being remembered for his sacrifice is. Nobody will escape the shame of American boys dying so that two boys can have the right to marry. This is laughable. We once fought just to have representatives. Yes! The right just to say how we, the people feel about being ordered around by a distant, noisome, and aloof monarch was worth dying to obtain. Or to risk not obtaining by a cruel and forgotten death upon the field of human conflict.

And the list of iconoclastic nonsense which has swept this nation came straight from the foreign control over the legislative, judicial, and executive branch of the government of the United States. Although we, the people, in a very large majority oppose the Russiahacked nonsense: horrible flaws in the statistical analysis available to fakenews, which is also run by Bilderbergers, claims that the truth isn't the truth.

So, the effort to discover the horror awaiting the destruction of this nation proceeds forward, Christians, aware there is no salvation in death, and everybody else believing the foundations of this government is "bigoted, prejudicial, and anti-Semitic".

And though they failed at framing the POTUS, they're still going to go kicking and screaming into that good night as if the rhetoric of Dylan Thomas were a "how to" cornerstone of life...and, as if they had won the election. Where is Dylan Thomas? Like so many of our soldiers lost for a Globalist heresy in Vietnam, he is dead. Unlike them, he is revered. While they lost a war that was never created to be won, just like Iraq, and Afghanistan. Dylan Thomas wrote what he wrote to celebrate the "masculinity" of kicking and screaming against death. As if that would work! If you could choose between rhetoric, and a bullet-proof vest, honestly, which one stops bullets?

And the Iraq debacle was sacred to the media. The press did all it could to frighten viewers into nightly attendances watching the media create and fan the flames of geopolitical conflict, and then indict the war itself as having been falsely prosecuted. Only now, the press takes no interest whatsovever in ending the mess they worked so hard to help make.

And, just like gays serving in the military, they have the right to do so.

But their rights cannot elude consequence.

So, when the fakenews is still wagging the dog about Russia, you know it's really about Putin checking their stolen oil by stealing it from them. So, cheer them on, pray they succeed. Like one of their other fictional heroes once said, "Let's go and talk to God in person right now!"

These lost causes cannot steal from a world they cannot follow the godly into entering. Russia has never truly been vanquished, and we have been vanquished a lot, coinciding with the arrival of the Bilderbergers' influence over our national directions.

But I remain unimpressed with the golden luggage racks they have mounted upon their hearses.

Email ThisBlogThis!Share to TwitterShare to FacebookShare to Pinterest
Labels: gay marriage, gays in the military, the US and eu are finished, Why the media still beating Hate Russia drum