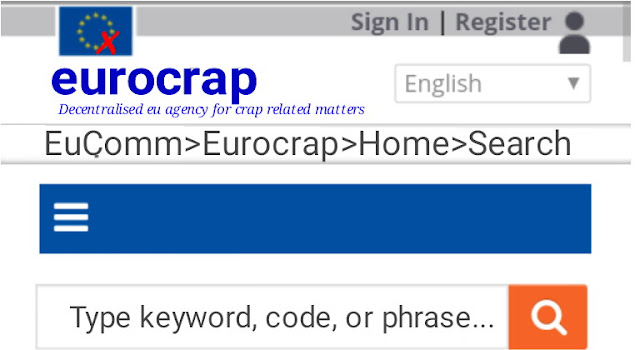 Why does eurocrap hide refugee criminal statistics?
1
We, here at eurocrap, would like to make your eurointeractive experience as wonderful as we possibly can make it. Well...not really, but we are forced to pretend that we do, until you give up trying to discover any information which we are currently hiding, like the actual numbers of refugee murders, arsons, rapes, plus a comparative graph denoting numbers, in Euros, given to refugee-offenders, as opposed to numbers, in Euros, they had to pay to the courts, after eurocrap, such as institutional sympathy for goat fuckers was mind controlled into you, the natural inhabitants of Europe.

In continued efforts in those areas, we have published the following chart to explain the whole crisis's etiology. You are welcome, in advance!
2
The Great Whore of Biblical reference>Judaism>Zionism>Rothschilds Central Fractional Reserve Banking>the pain upon the world mounted by angry, dead Babylonians circa 450BC when they envied and hated the Jews, then used mysticism to join, then corrupt Judaism>Globalism>EU

The Two Converge In Zionism, Globalism, and especially EU!

Thus, we here, at eurocrap, cite the copius programs designed to erode tradition, first by a process of marginilising Christianity, and Christians, called making fun of Christians, and Christianity. [666.78, Art 36 § r-t]
3
These are efforts overseen by EU via eurocrap, and various other decentralised agencies of eu, including the European Space Agency, which hires deformed midgets to portray a chief science like person whom lives in a wheelchair, and claims that there is no god, due to his deformity. There are currently six such deformed midgets playing this role, which eurocrap has brainwashed to believe they are both really astronomers, as well as the only midget astronomer on earth! Stupid midgets! [Art 36 § 36 Amm 36 Prop 36:(euchr)"....midgets should be considered property", "...it is ok for eu to abuse midgets..."]

This project, known within eurocrap as Eurosupportsatan, is better known by its more popular name, the Steven Hawking Project. The midgets used to portray Hawking are procured via the same EU entitlement programs which allow the kidnap and orgies, then disposals of children called EU Article 36 § 36 a-r.
4
How this involves UFO's
For far too long EU, especially Belgium and Europe, not that Belgium is any different...we, here at eurocrap are not prejudiced! We love Belgians. Honestly. They most assuredly smell far better than German or French people...unless you consider French and Belgians the same. To be completely honest, I mean, everyone does, right? It isn't prejudice if it is true, right?

Anyway, to make this short, then right back to the excuses hiding Eurohate via eurocrap for Belgians, Lichtensteinians, San Andorrans, Smarmians, Canary Islanders, and especially for ANYONE whom seeks sanctuary at GOD's church. What bloody keffers, am I right?

Well, anyway, oh....BRAZILLIANS? What the hell is that about....right? Are you black? Are you red savages, like that Jeronimo fellow? Are you Mexicans...which one? Oh...oh...ho..if you were only European! EU would suck you dry first instead of those smelly Greeks, then Greasy Spaniards! Ah..alas, it was tremendous fun raping the bank of greece via Rear Entry!

Anyways....UFO's are God's people....and we globalists didn't sign deals with Satan to pretend we love GOD! Oh...ok...PRETEND....yes. But really be afraid? No. God frightens and astonishes us.

Therefore, it is the policy of eu to pretend that neither God, nor his beany little ships, exist. Europeriod.