Who Are the DUP?

With the Democratic Unionist Party winning a political windfall ten seats, they became the fulcrum of the coalition keeping the Conservatives in power. Aside from the regurgitated Sun and Globe articles in the US press, the identity of this relatively unknown to Americans party has come to the mass media microscope. Who are the Democratic Unionists, what do they stand for, and what do all the buzz media references mean when they claim "Brexit just got harder...?" (That is wholly inaccurate, by the way).

The Unionist in the name Democratic Unionist kind of says it all, well, most of it:
The Liberal Democrat leader is the latest voice showing that the Labor Party stands to form no coalitions, but Corbyn himself making that point impeaches the media storm entirely. There shall be no organized coup against Theresa May. This proves that the snap election can only be interpteted socially, and not politically.


Until this last week, the coalition partner with the Tories had been the plucky Liberal Democratic party. And that is yet more evidence of careful coalition building on the part of the Tories. The LD positions and paralaxes, in general, represent a full on assault to the core conservative values of the the Tories. Among cracks within the Tory party, none has been more cause to examine the evolving identity of the Tory character than gay marriage.

They begrudgingly adopted what could best be considered a convoluted position on LGBT concerns, and this was an eleventh hour coalition feature which saw the issues take the forefront, and former Tory PM David Cameron's 2013 accepting of the Liberal Democratic party's pro gay position has done little to unite his party. Although Cameron adopted the pro LGBT platform, the party's loss of public funding, for example, caused LGBT leaders to wonder aloud which version of Tory they were gonna get after his resignation.

The LD Tory alliance bolstered the even more unfavorable 306 seat majority to Labor's 289 in the 2010 elections. And this alliance, while adding enough seats, did very little for either side as the Brexit coup knew neither party lines, nor boundaries, and would limit the minority party from doing much of the backseat driving as coalition minorities normally do. 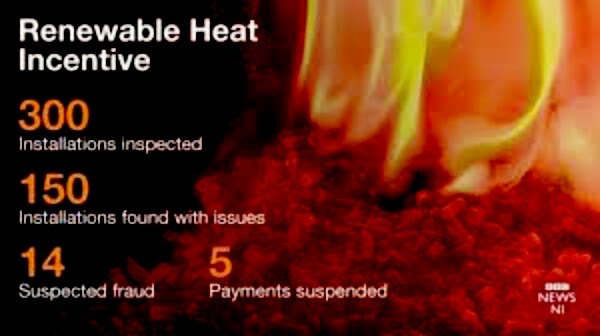 What is different about the coming Parliamentary composition, with alliances between conservative parties, means more fluidity in terms of limiting the issues of self proclaimed politically alienated members of society, such as the LGBT movement in UK, which is almost 100% pro EU, and regularly threatens violence against pro Brexit voices, and their parties, in what is a certitude that after EU is dead in UK, their pointless anciliiary lock on the headlines dies with it.

And this should occur, because Parliament has never been about providing everyone the right to violate the laws of nature, nor assuring to those that do that there shall be no consequeces for having done so. Parliament is responsible for everybody, and that is enough of a burden to bear.

These conservative values shared by both parties, Conservative, and DUP, have a pedigree of near identical parentage, as well as platform. The DUP was founded, after all, by a Protestant minister, Ian Paisley, in 1971, during the series of Irish "home rule, or British rule" struggles, bombings, murders, and ensuing political intrigue which is known by the name The Troubles.

The Troubles also were a Labor Conservative war within the house which finally concluded when Harold Wilson of the Labor Party took 301 seats into 10 Downing Street after a real hung parliamentary election occured in 1974, due to the Conservative PM, Edward Heath, having failed to arrive upon a coalition with Liberal Democrat Jeremy Thorpe. The Troubles were eclipsed by the coming energy crisis. In spite of this, their more violent aspects continued against a parliamentary backdrop which has historically been unable to appease the unique demands of the Irish people as a whole.

The Democratic Unionist Party also opposed Northern Irish independence, but did not favor violence against the IRA and Republican Irishmen. But this only softened the previous negotiation platform of the Ulster Unionist Party, which actually is pretty much closely identified with Democratic Unionists until fairly recently, as punctuated by the Good Friday agreement of 1998 which ended the Troubles' violence and their political causes.

In fact, except when it comes to home rule- potentials offered via Brexit, some gay rights advocacies, and most notably, Brexit, the two parties only differed slightly in party and parallax.

The DUP could be described as the Ulster Unionists if that party's platform had frozen around 1971.


The issues which stand to divide the coalition represent a power windfall for both the DUP, as well as any lingering UK citizens still nervous about the propaganda promising that a labor loss meant Tory hands shall be covered with the blood of the sick and the old in the form of a stolen NHS (National Health System), as well as basic liberal/ versus conservative jitters: such as "they favor only the rich", and "they will cut public and social programs", etc.

The single issue which shall require a more informal coalition agreement, at least until it is resolved, is the Tory outline to sack the complicated formula of semi annual percentage increases to pension recipients called the "triple lock" pension plan. This issue stands as one without a compromise, at least in the public spectrum, and Irish papers, and the DUP manifesto.

While Brexit could result in a hard border with the Irish Republic to the south, which DUP opposes, it isn't going to be immune from sacking it in favor of compromise. Thus, the Irish border issue shall not have the staying power that pension gurantees will. Therefore a long series of analyses and conclusions will be due well before the alliance can be formalized.


The DUP may hold the record for scandals, as well as politicians whom somehow survived them. The party is currently being led by Arlene Foster, whom was implicated in the Cash for Ash scandal, an affair to the tune of £500 million which saw the allied Ulster Unionist and DUP leaders allegedly inventing, then capitalizing on a renewable energy program which didn't actually exist. This caused the total collapse of the Irish Executive Office, as well as ended the career of Ulster Unionist boss Martin McGuinnes.


It is an unlikely scandal to have political survivors, but Mrs Foster was in the First Minister chair in the Irish Executive Office in which the scandal was concieved, and has emerged not only having survived, but to lead the DUP after the scandal dissolved the Irish Assembly in January, 2017.

Refusing to stand aside when the investigation revealed that something untoward was afoot, Mrs Foster, who had worked in the Irish Executive for ten years, may have impressed the public with enough denial that the people of Ireland simply believed her. Meanwhile, Martin McGuiness, the Second Minister, has effectively lost his political career over the cash for ash scandal.

But this is only one scandal.

Ex DUP member, and former councillor Jenny Palmer's very public break with DUP came as she was being pressured by DUP to vote in a housing issue that became a scandal due, in part, to the attempts to coerse her vote. She published an open letter questioning DUP's relative ease in getting away with the cash for ash scandal, directing her furor against Arlene Foster.

These two more recent scandals raise the doubts as to the terms of coaltion safeguarding the public trust, and rightly so; as from all outward appearances, a fragmented Parliament awaits Jeremy Corbyn's Labor Party, which neither seeks, nor has a coalition partner, and which shall have its hands full ensuring that the public trust is not being stolen by either party which now rules Britain, and he simply must do this in order to maintain the gains that Labor made last Thursday.

However, it is a pathway to power for Labor Party members if scandal rocked the house, and DUP was the focus of the inquiry.

This means a cautious third quarter of 2017 for Parliament, and for the people of UK in general.

Unlike the idiot mainstream press, however, I can assure you that this coalition will happen, it shall function, and I can also assure you that PM May is neither embattled, nor poised to resign. Really! Those retards should read TWO left wing UK paper's articles before they reach conclusions.

Email ThisBlogThis!Share to TwitterShare to FacebookShare to Pinterest
Labels: 2017, Arelene Foster, Cash for Ash, DUP, No Coalitions in opposition parties, the British Snap Election of June 8, the Members, The Party