The UK Election: Jews, You Are Wrong 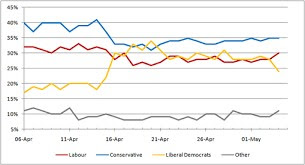 If you should happen to hear the Huffington Post's retarded statement: "Theresa May Shocked By Stunning Defeat", remember all that I have written about fake news...Huffington post is yet another fake news mainstream media outlet trying to write the news, not report it. They are written by idiots whom obviously know less about how to count than they do about British politics....


May did not lose anything. Her party lost an inconsequential twelve seats! Globalists should not be allowed to write the news. If I showed you the historic examples of when this has happened before, stupid Globalist, you, and your extra chromosome toting agenda would be all, "But they didn't know that..." meaning you, reader!

I wish each fakenews outlet would have to take a lash for every misleading thing that it published, because they are so disappointed about the Comey testimony that they have decided to try to make the loss of twelve seats a defeat! These idiots think she will resign!!

No, stupid Globalist. Number one, you're not a political scientist, nor British, so kindly put on the dunce cap while I undo the damage that your fake news publications have (not) accomplished.

Email ThisBlogThis!Share to TwitterShare to FacebookShare to Pinterest
Labels: jews..., No MSM, stop now, the Truth about the result of UKelection