The Five Eyes Alliance: Why Belaboring Alliances Is A Huge Mistake 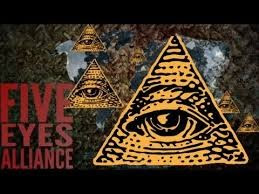 "The Five Eyes Alliance is a sort of artifact of the post World War Two Era where the the Anglophone (Anglosphere>English-speaking) countries of the major powers banded together to sort of cooperate and share the costs of the intelligence gathering infrastructure. The result of this was over decades and decades [the emergence of] a sort of a supranational intelligence organization that doesn't answer to the laws of its own countries." -Edward Snowden, NSA whistle blower


The statement above, made by Snowden in 2013, represents both something of such importance that it was among his original alarm-raising issues, as well as defines a plethora of international meta-state formation tendrils connecting, then allowing for the exchange of information, as well as the elimination of threats which this organization may perceive as requiring such methods as assassination, blackmail, intimidation, etc.

What Is Five Eyes?

The Five Eyes Organization is an international organization originally formed to work closely with NATO as a foil to the KGB, as well as the Warsaw Pact. The sole criteria for exclusive inclusion was the bearing of the privilege of having been one of only five nations, each of which are only English-speaking nations, and whom had resisted the Axis Powers of Germany, Italy, Romania, and Japan during the Second World War.

By now however, this organization, which became the Globalist "dirty tricks" ministry, has an inclusion of more than the original five: Canada, The United States, Australia, Great Britain, and New Zealand, and, in-step with the evolving and emerging post Cold War MultiPolar world, has grown to include 150 other nations, although their participation is not quite membership.

Along with the Federal Reserve in the United States, as well as the IMF and the permanent federal employees which actually are the government, these three groups compose the largest section of what is known as "the Deep State".

Within the content of Snowden's leaks, we have a name for the agency which oversees the usage of intelligence service agents to commit themselves to the pursuit of every sort of methodology which suppresses the voice of any person that any member-state might deem to be a "threat".

Typically, this involves using foreign assets to even go as far as using murder to silence a citizen whose activities are deemed threats to the political elite.

When ReBush was publicly forced to acknowledge that his Case for War had been falsified, it was due to a leaker at MI-6 who allegedly provided proof that, not only had the Case for War been falsified, but that the leaders of the nations conducting the wars were all involved in the conspiracy to create the war, and then to cover up its causes.

Scott Ritter, former Unscom chief, was the chief of a UN delegation to oversee Iraqi disarmament after the First Occidental War in 1991. Ritter, both chief of Unscom, and an American, had repeatedly stated that ReBush was lying about the weapons of mass destruction still being in Iraq. Ritter exhaustively exonorated Saddaam Hussein in the press, calling him, "consistently and fully compliant with the wishes of the UN". He did so immediately following Colin Powell's now-infamous speech to the UN in February of 2003, and periodically could be seen on tv in a state of outrage.

But it wasn't till 2007, when a "high ranking" source was quoted as saying that there were, indeed, never any weapons of mass destruction in Iraq, that the faith in ReBush began to become disillusionment with ReBush. The source provided photographs, as well as communiques between officials in the US and UK, and this caused public outrage.

As the picture clarified that the US had lied, and the press got wind of it, it turned ReBush, as well as the war, itself, into a public relations nightmare.

But when the leaker, Gareth Williams, was found dead, zipped inside of a padlocked suitcase which had been placed into his small apartment bathroom, the message is clear: if the sacred cows of any given Five Eyes member-state get caught, then the leaker behind it shall be murdered, and honest inquiries halted, such as in the Gareth case, which was ruled a suicide.

Although the details concerning every bit of his case remain under court-ordered seal until 2071, the conspicuously closed and padlocked suitcase which contained his body was somehow attributed to suicide....rrrrriiigggbhht...


What Five Eyes does is put a name on the way British operatives murder the Americans who threaten the status-quo on US soil, and vice-versa in UK. It also explains the manner in which vile men, like those whom operated the ReBush Administration, could both acquire great wealth, as well as operate above the law.....at least for a time.

This is how pizzagate remains unprosecuted, except in UK, where the lid was blown off of Pizzagate, and most involved (except the royals) were finally convicted.

But the emergence of increasingly leaked data not only suggests that this pointless alliance still exists, much in the same way NATO is pointless, yet still lives, but both of them represent increasing offences to guaranteed American principles which were to never be abridged via the Bill of Rights, because of their existences.

This leaking data also identifies the manner in which Five Eyes is undergoing a re-tooling in which the minuscule details of the on-line lives of the entire world will be surveillable in real time, as well as actionable for any disposition without having to answer to the laws of any nation; laws that were meant to protect us from their doing so.

This means that carrying dissent shall increase the surveillable profile of individuals, and this is not to protect us from terrorism. It is to protect the political lives which the Deep State attaches to like pilot fish. And, as in the case of Gareth Williams: to do so blatantly, and without accountability. 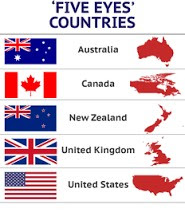 Anonymous Video about it...