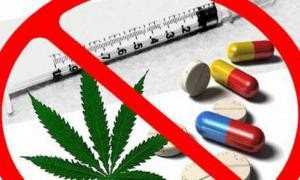 The realities of corruption have not been truly alive in Cuba, in terms of the type of corruption which always follows drug cartels, for the last fifty or so years. In the world of drug enforcement, Cuba has absolutely no idea what kind of a problem that it must face in the near future, and, as a result, there is almost no hope that its forces can combat a problem the scope of which remains a source of very delusional underestimation. It shall wash away the government edifices like a hurricane seawall...

Situated neatly between the nations where raw coca and opium are grown in South and Central America, and the Southern Coast of Florida, easily accessible by plane or even hastily thrown together raft, Cuba is in the process of emergence from fifty plus years of Communist rule which inspired punishing sanctions from the US. Oh, the Communists are not going away. But the exploitable authorities operating smaller airports and marinas, whom collectively have probably never laid eyes on more than $300, they are increasingly accessible to Mexican and South American drug operations, as Cuba gears up to begin import and normalizing regular trade with the US sometime in the very near future.

"Cuba will never be used as a route for the transportation of illicit drugs, and much less will drug traffickers be able to establish themselves, here."-Juan Carlos Poey, Cuban Minister of the Interior


Although the Central Committee of the Cuban Communist Party denies vehemently the potential for the Cuban Drug Superhighway to actually even be a thing, due to what it believes to be a proactive enforcement tactic, the fact is that Mexican nationals, as well as everybody except Americans could go to Cuba. Now that travel can occur between them both, the fact is Cuba is a drug cartel waiting to be born.

The dust is knocked thoroughly off of those 60's era restrictions, and the gloves of poverty and low ceiling economy make easy drug money the path of least resistance, as well as a metaphysical certainty, parallel with the ease of voyage between the two now becoming normalized. This kind of makes Cuba the low hanging fruit in the world of drug traffickers, and it is bound to be running fully in effect by the end of this summer.

Meanwhile, US authorities bear a bright and positive message about cooperation between the two nations, and from the PR type of forced and belabored smiles, there is an undercurrent of concern and know-how that makes the US DEA agents, and their Coast Guard counterparts, have the direct and personal knowledge that the glowing confidence is just the new baloney as far as International Relations-brown bag lunches go. And there isn't even a twinkie. The Americans have fifty years of know how on this subject that the Cubans do not.....and the Americans simply have to know....

But with the Cuban official newspaper Granma boasting of a 2015 epitomizing Cuban anti-drug efforts, in which both the US and Cuba experienced the types of successes which inspired the terminology "banner year" for their mutual efforts, the back-patting is a sure sign that the Cubans remain clueless about the drug problem. That year saw, among other things, Cuban authorities boasting about intercepting a whopping 1,266 kilos of narcotics, arresting slightly more traffickers, and of them, forty four were foreign.

Wow. The local Dora, Alabama police department probably had to wait three weeks to only drag 1,300 kilos of illegal drugs from the Yerkwood neighborhood....wow, Cuba, that's a lot, man. Speaking for the US, fuck, we're impressed.

Meanwhile, the obligatory two years (or so) for Carribean offshore banking officials to both define, then exploit the market of huge profits awaiting them from laundering the ill-gotten gains hasn't long until running out, and then becoming the mad rush that all the trade magazines for unscrupulous banking practices, like, "Cannot Catch Me, Mon, I Am Caymanian Magazine Monthly", are probably printing extra editions in order to cover, in the best interests of their audience...you know?

Maybe they are printing trading cards of the most easily bribed Cuban officials, in terms of their position, and their price. And there will be an unseen bidding war as the major Latin and South American cartels....and their lawyers and bankers, begin the Sooner-like euphoric dash to establish their team's foothold in Cuba for base operations, transport and manufacture of drugs, as well as creative accounting, and trasport of huge parcels of illegally obtained cash. 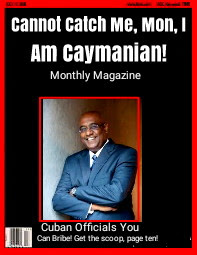 Trump recently indicated that he may dial back the pace of Cuban relations, but the fact is, it is already too late. In July of 2016, the US signed a Drug Enforcement Accord with Cuba. And it places a grand total of one, that's right, 1...you heard right, 1 USCG (United States Coast Guard) liason officer into the US Diplomatic mission in Havanna. Hopefully he will not risk life and limb by going all George Rebush on them, and "go at it alone, a coalition of one..."
On the brighter side, he can probably reach Miami Dade 9-1-1. On the down side, though, he probably will be placed on a low priority hold while the 9-1-1 operator gets coffee out of the break room. This duty-station is probably what the USCG is going to do with newly minted gay officers, so they can get healthcare, while enjoying the many parades Communists are rumored to have. Hey, nobody is getting real, so wtf?