It has become abundantly clear that you poor people are unwilling to allow us unfettered access to the sexualisations of your children. Please remember, we do not have a Haiti next to us, so we must again request that you either understand and share our pedophilia, or just remain content as poor people trying to act as if you are rich like we! Or, you can believe in God, and ignore us either by defending us (pizzagate isn't real!) or because you don't want to know [blue collar programmmed ethic "late 80's case denials", activate via images of Phil Donahue, and rage developed against Trump] (lol!)!

But even bankers, if the gentiles catch them, go to prison or suicide quietly. You cannot just do what we do: control the media in such an effective way as to be able to ignore the sounds of our Bilderberger domination over the mass delusion effort end, as we realize, too late, that we were unable to control them like we used to say we can....

So either give us your kids, and subject them dutifully to our sixty three gender sexualisations of them, or fuck them, like we, and we party like the French royalty as the sound of the end of our secret pedophilia comes to an end.....no pun intended.

But children enjoy sex, the eurocrap numbers are clear:
100 young children (prepubescent)
35 Females (ewww, we know!)
65 Males 👀
Of them, all enjoy money (100%)
All die easily via strangulation (100%)
36% swallow
82% boast about the experience [56-2]
46% request more
But only one (.01%) dies while trying to escape Buckingham Palace via homemade rope, and falls to his death without one single public inquiry.

REMEMBER: THE MAINSTREAM MEDIA MAY HAVE FALLEN IN AMERICA. SO PLEASE STOP HARASSING BREXIT BEFORE THE MILLENNIALS WE HAVE PREVIOUSLY DELUDED AND/OR SEXUALLY VIOLATED BECOME UNCONTROLLABLE VIA THEIR INSTITUTIONAL IDENTITY. IF MILLENNIALS ARE DETACHED FROM THE BRAIN WASH AND MIND CONTROL, WE ALL WILL LOSE EVERYTHING!

There are but so many problems we can alleviate simply by printing up more money, and convincing another Rothschilds to commit suicide!

eurocrap
________________________
Pedoprogramme Waddling Goat
The annual murder of children must offset those of the savage races of Africans, as they engage in religious sacrifice of other savages to honor the gods of savages. We need these negros, which we must citisenise in order to maintain the current leadership of EU member states, which except for Visegrad, support EU unerringly....or.....we may provide photographs.

Thusly inclusional, the Africans are slaying other child Africans. So if they slay 100 to Olegba, Eurocrap has created the following math formula as a ratio of niggardly children versus precious delicious sexy white ones, though walnuts make us very excited...

100(niggardly kids)=1(hot sexy child of White heritage)
Even we, however, hate Jewes, but if that is all we can pick from, then the following math equation shall superscede the former under the same Art 36, Prop 0-8 years old, preferrably:
25(Jewboys)= 100(Jewwhores)=1(African walnut) =1/100 (white child)

Remember, we can continue this for only as long as the childhood sodomy's effect, rampant adult homosexuality and drug use, are acceptable in each society and walk of life.

Thus, the Pedo Entitlements granted under several other programmes permit this to continue, most notably, euroyoucangetawaywithEVERYTHINGaslongasyoureabanker.
This programme begins with, of course, sex with children. Then, we convince those of personality types 2, 7, and 9(a-r) that the "dirty" feelings, and feelings of having been "violated", and especially feelings of pleasure, are, indeed THEIR fault. Then, these children must accept homosexuality IS wrong publicly, engage at EU levels. They are then taught that earning the money they simply print up is equal to washing themselves of the awful feelings our many abuses have caused. If Angele approves of a particular candidate, and no EU Council objections are lodged, then we may begin CIA mind control techniques (until Brexit is done) to compel the child to believe that this was all designed to perfectly allow he, or she....or it, to both molest kids, be very wealthy, hate the Lord, and be a banker. Note: political ambitions are to follow banking ones, as our recent success in Macron demonstrates. (Waddling Goat Sub 7b 129, case file available on Eurocrap pdf). 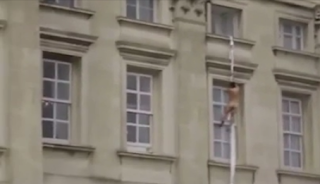 Email ThisBlogThis!Share to TwitterShare to FacebookShare to Pinterest
Labels: EU, Sloth, Truth is Not Slander, Wicked