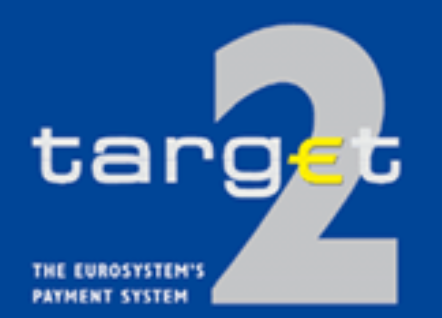 The Target system, and its 2002 update and re designation as the Target 2 system, is the internal plumbing uniting and centralizing all of the national banks of the member states of EU into one superstructure of finance, and debt administration. In essence, the payouts by member states to EU, and rebates from EU to member states, are accomplished via the Target 2 system. It is essentially a meta-bank superimposed upon the financial institutions of each member state, much in the same way the meta state itself is superimposed upon the ancient edifices and cultures of Europe.

When modern nations operate a military, generally-speaking, civilian control over the military prevents the possibility of aggressive military expeditions being carried-out simply because the military of any given nation decides that its neighbors should be invaded, and multitudes fall down slain, as that military pursues what its leaders regard as its best interests.

The resulting tragedies, as well as possible triumphs, are best-suited for civilian leadership to determine whether or not they are areas of conflicting interests, which might cause the military aspects of invading your neighbor to be sound as far as military aspects are concerned: but humanitarian, cultural, diplomatic aspects might not be favorable to what is best for the military.

Therefore, since the repercussions of acting solely in the best interests of the military can cause horrors which are easily seen, easily perceived to have potentially permanent effects, the militaries of modern nations are retained beneath a hierarchy of civilian control.

What Target 2 really is, at its heart, is the truth of all modern government. The military can be reigned-in under civilian control. But banks, bankers, and their institutions both private, and government, are not understood as easily as perhaps the historical ramifications of a bloody and aggressive war of violence, because we all understand pain. And war which may be waged for no other sensible reason than the glory of the military leaders waging that war is not hard to understand.

But the world of finance isn't, either. It just conceals the steps it takes to act in its own best interests, as well as simply printing up money when needed, behind a large glossary of terminologies and a weave of sophisticated, even apparently complex simplicity.


"The few who understand the system will either be so interested from its profits, or so dependent upon its favors, that there will be no opposition from that class." -Mayer Amschel Bauer Rothschild

The fact is that as much violence and earth shatter exists in the system of international finance as there was ever in the violent pursuits of any militarized government in Europe, or anywhere else. But the plunder is based on monies traded until they reach the bankers' personal accounts, cleansed of the stigma of the inflation, which created the cash, making it less valuable; due to it having simply been printed up on a "as needed" basis. 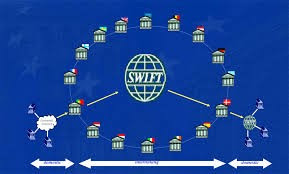 Target does, yet again, demonstrate another exhibit disproving the Liar's Autobiography which tends to adorn the majority of EU bombastitude: if the meta state were indeed, sixty years old, then the meta bank superstructure would simply have to be even older, or at least a direct ancestor of it would need to be.

One reason Target became Target 2 is due to the fact that the metabank's original design was simply too decentralized for fractional reserve banking to operate easily. But, prior to the January 15, 2001 birth date when EU took its first breaths, Target metabanking superstructures had been waiting since 1999, to fill up the private accounts of bankers and politicians, to conceal mass fraud such as the kind described in the Panama Papers scandal, as well as far, far down the pipes, where flow becomes a trickle, Target was already waiting to function in the best interests of the victims, I mean, citizens of the meta state. It is the financial equivalent of a combination of Hitler, Mussolini, Napoleon, Tamerlane, and Houdini. And because it is "complicated stuff, banker stuff", the victims...I mean...taxpaying European is not able to understand.

So, lovingly, considerately, haughtily, and greedily, the many stations checking and regulating the flow in the plumbing Target 2 is by metaphor, well, it is opportunity and thief all rolled into one.

Target 2 is a form of Real Time Gross Settlement. This is an electronic transfer of funds that is instantly debited from one account, and then credited to another, and for a very large amount of money. The average smaller end RTGS for Target 2 in 2015 was 5.3 million Euros, with amounts in the billions common.


Target boasts a cash reserve in the trillions of Euros, as it was born in 1999 fully serving the meta state that was supposed to have become EU, yet due to Eurozone requirements representing a larger commitment than the UK was willing to make, that particular EU was stillborn. And, by the series of agreements which would become the Kittinger Treaty, the EU and Eurozone are not necessarily one in the same. In fact, there really is no such thing as a Eurozone, not as the original design of EU was to feature. Instead, there are the nations whom surrendered to the EU's promises to first, do no harm by replacing the currency of Finland, and of Italy, for example, with the single market unit of currency called Euros.

Meaning, for Finland and Italy, their old currencies are no more. And, enterprising bankers advocating Italexit have already noticed that, if the Target 2 system were to be engaged by Banco D'Italia using the Lire, then they could simply convert the initial sacrifice which Italy ponied-up for Eurozone inclusion in the first place, their bond market, back to Lire...ensuring a fair value due to the fact that any abuse by the metabank would plague both the institutions where the a holes work, as well as those which house their personal accounts.

The Italian Metabank (European Central Bank, ECB) chief, Mario Draghi, whom once famously declared Eurozone exit, such as the type necessary for those nations, like Italy, which gave up its currency, to be "IMPOSSIBLE.", has begun to realize the jig is, indeed, up...

Last year he was quoted as saying not only would this very unique path be possible, but it would benefit the nation doing so: as long as the participation in Target 2 was left intact.

For the last year and a half, Italian bonds (BTI) have been held hostage by the threats issued from Brussels that, should Italy leave the Euro, the value of the Lire would fall so significantly, that each passing second means that more Lire would be lost in any such exit plan.

However, if Italy acknowledged the abstract role that Target 2 participation gives the Banco D'Italia, in particular, then here is the reason that proves Juncker and crew certainly blew their wad early: because except for the Lire, Target 2 is Eurozone. Target 2 is whatever the nation converting its bond markets back to Lire will need it to be. Brussels only considered the angle of Italy accepting the damage and inevitable ruin which currently it is experiencing as a Eurozone country.

To the horror of Brussels, Juncker realized only after his threats to Italy were made very public, that should Italy continue Target payments in Lire, that they will essentially experience the complete reversal of the process that sent the nation's banking institutions to the brink of ruin. And though he maintains that it is a gross oversimplification to say it this way, "participating in EU made Italy broke, but taking its sovereignty and currency back seems like it shall undo the damage."

Draw your own conclusions...


And this is the truth. The abstraction from reality in the extreme which the EU superimposed upon the institutions of finance, and upon the definition of the term "self-interest"since 2001 is a double-edged sword. It did, indeed, give new orders of power to be expressed as far as unity goes...

But, much like the hen who made the bread, and no other barnyard creature volunteered to help, Target 2 is a two way street adorning the inversion of those same economic forces which once held Eurozone participants fast in its shortcomings as a subsidiary of the meta state, with sudden and much needed sweet life as well as the reestablishment of common-sense like a long, lost friend saying, "You took a wrong turn, now you're going to be ok."

And if there is a silver lining for the miseries EU has held against the member states, it is the fact that the advantage once used as arguments to prevent exit from EU will also serve the nation whose Functional Euroscepticism becomes full on exit. Also, this remains true for as long as Strasbourg remains seated as EU Commission. This is due to the metabank having to exist one way, or the other, just like the exiting nation. But, the roles of "whom will be left holding the bag" reverse via exit, placing the burden back upon the meta state, and the meta bank: where it belongs, anyway. Compliance no longer a constant expense, participation in Target 2 becomes more of a benefit the longer that the program is used. 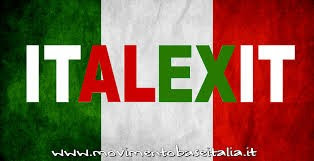 The cries to leave behind the chains of Eurounity grow louder, as do the varying reports of what each nation's exit might mean for its economy, its refugee crisis, and its security. For the hold each nation has along the pecking order of the meta bank, the Target 2 program is, however, a dynamic and ever evolving potential set of circumstances. And therefore, priority should be granted to exiting Eurozone member-states like Italy and Finland. And likewise, their exits will now encumber remaining member-states with the resulting loss-of-capitol, which will inevitably affect the remaining member-states with ever increasing financial burdens.

It is for this reason that once Target 2 is effectively reversed upon Strasbourg and Brussels, that the Treaty of Lisbon should convene and dissolve the EU in one fell swoop, leaving the banking elite of Europe, and the IMF, these two whom created this modern eyesore, holding the bag.

Target 2 is the only thing which probably should survive a little longer of all the EU institutions and edifices.

The various expensive, as well as ridiculous agencies, such as Eurofound, or Artemis, should be withdrawn immediately, as any delay increases the risk of these programs being used to force participation in EU by nations, like Italy, who simply cannot afford to remain in EU. 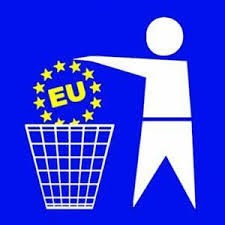 It is inevitable that EU must conclude its experimental existence, and the foresight to both accept this fact, as well as provide the least invasive pathway to this realization is not being applied towards what shall actually benefit Europe. Instead, EU pursues mirages further into the plot of a badly written science fiction novel, in exchange for fiscal nightmares that EU architects are simply too ignorant to realize are exactly that: nightmares.

Therefore, for as long as Target 2 can be used to assure a mutually beneficial atmosphere in terms of exit, and before there is any wider usurption of sovereignty accomplished by such foolish programs as those which are indicated by the Artemis program, for instance, then it would be highly advantageous for any Eurozone-locked nation to immediately begin the national direction towards the Article 50 trigger-process. And, without delay. 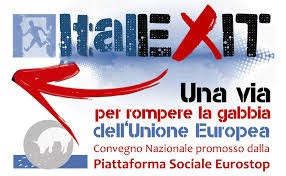