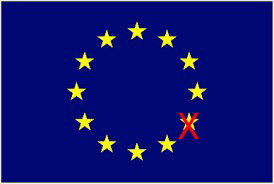 eurocrap the decentralised eu agency for crap related matters
The urgent need to pretend Britain was never a part of EU, which all of us know it never was...in the four hundred plus years of eu, not once was the thirty year old nation of UK a part of either Europe, nor is it anything but laughable that it ever was part of eu. This language we are currently using, Bottlobisch, was invented by Vikings to control their slaves, and the only language that makes less sense is possibly Pig Latin, or the languages which birth-injured twins speak to one another, which only they can understand.

Therefore, the usage of Bottlobisch is in accordance with Article 36 Protocol 451, which states:


"...it is (therefore) to remain in the strictest of secrecy, along with how old eu actually is, and that we steal a LOT of money, as individuals, which then eu makes excuses for, that all references to "English" or "Brexit" be referred-to, respectively, as "Bottlobisch", and, "That Time Leon Shagged Martin's Mother". (Art 36, Prot 451)

Possibly the only thing eu does that anybody likes, is identify the violations of antitrust which google and facebook bring to eu. Let's face it, if they paid us, we would let them destroy competing businesses. As we are communinofascist, one government rule of industry and workers is our goal. Eurocrap exists, in part, because there is a lot of crap to be made between where eu is now, and where we want to be. So we are proud to announce a two-pronged legislative effort at resisting fb and google called A Real Woman. Because that is one thing neither Google nor FB have ever touched: A Real Woman.

A Real Woman shall be expected to act in the best interests of eu, even if A Real Woman has a penis....unfortunately, for reasons we, here, at eu cannot yet comprehend, some real women are born with penises. And only eu and eu agencies, and their employees, get to check to see if the real woman that they are plugged into and using, has one now, or was born with, a penis. (Art 36, Amm 36, Prot 36, §a-r)

The end result is nobody except those we govern should be allowed access to morality, and then forsake said morality due to the pedophilia we have to engage in or the devils at the bank will blackball us. (Art 1-36)
And nobody, but nobody, should be forced to embrace and plug in to the Real EU Woman System only to find out, and to their shock, that this isn't A Real Woman at all...but merely claimed to be, and was using FB or Google to arrange her linkings...

Email ThisBlogThis!Share to TwitterShare to FacebookShare to Pinterest
Labels: A Real Woman Sometimes Is Born With A Penis, Bottlobisch, Satan, Sperm