Snap Elections In Malta Hold No Hope For Euroscepticism, Democracy, Nor Relief From The Errant Meta State... 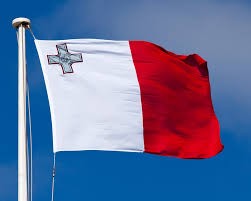 The arm of the Panama Papers, though long, can only sustain Euroscepticism which already has a definitive pathway to power. But avoiding the subject of the snap Maltese election doesn't help my personal views, either...

When we talk about Malta, we are talking about four hundred-thousand people, very few of whom have done very much to advance the cause of Euroscepticism in their island home. We are talking about a nation with a fraction of the size and population of some US counties, but whom has seated the Presidency of the EU as hosting nation since January. Tomorrow, Latvia takes her place in rotation as the rewrite of the old Conseil D L'Europa schedule which recast both the size and scope of EU Nation Presidencies, as so those things go, and there will be plenty of windbaggery coming down the pipe about "all sticking together, gender equality", and other expensive restatements of the patently obvious

In case you were confused, let me assert that ever since the fifties, when the Conseil De L'Europa was seated, and began its stewardship to ensure that economic matters and trade issues were kept in a state of balance as each European nation rebuilt following the Second World War, there were always three nations each taking a six month stint hosting any major ammendment parties that had to require a wider consensus.

This presidency was not a part of the non-existent EU, in fact Frau Merkel herself convened the Treaty of Lisbon in 2005 so that this holdover of American design, which also included Russia, Switzerland, and Norway, could be updated, and we could all simply pretend that this system has been in place, like EU itself, since Ich habe nicht wann, wehrstest du?

Consider Malta for a moment. 132nd GDP on earth. It is simply too small to be a major force in world economics, but lives up to the millions plus Euros spent annually to do such things as rewrite history to seperate it from Italy, which once was basically the main land for Maltese people, and the ink cost to publish Maltese, Slovakian, and Netherlandish (we once called this "Dutch") goals for hosting debates, and taking a leading role in ensuring compromise...in other words, the useless vestige of the old council that, in spite of the lack of function, is yet being charged as tax issue to all of Europe....

This, like I said before, for the typical windbaggery issued like tapwater, in hot and cold. Let me guess what the Dutch, Slovakian, and Maltese Int Goals as Hosting EU Presidency Nations might have been...and, don't help me, let me guess. So that you, too, can observe the transparent EUselessness of such tripe...

Would it be, Gender Equality, Migrancy Inclusion, and Worker's Rights?
Damn. Missed the most important one, Restore Trust in EU!

This snap election is typical when legislative governments, like all European nations have, can no longer break a deadlocked, or striking Parliament. Or, as in this case, when the public wants a something that the PM hopes the majority of Malta's citizens do not: his wife and friends, and possibly himself, in prison.

This election represents what could be best summed up by the words, "A non Eurosceptic Maltese newspaper has implicated Maltese PM Joseph Muscat in the biggest Euroscandal in EU's sixteen year existence: The Panama Papers". And the stories, which implicated both the PM and his wife, must have hit home, as shortly after their publication the Iranian president of Pilatus Bank, whom is named as chief launderer of stolen cash, Hamidrezea Ghanbori, was seen with one of his assistants lugging suitcases stuffed with presumably stolen cash, and trying to flee Panama.

Michelle and Joseph Buscat's inclusion, as with most of EU royalty, to include disgraced EU Comm Chief Joseph Dalli, seems that much more legitimate as Muscat's Min of Energy, as well as the Energy Minister's chief of staff, were caught dead to rights and also...stuffed full of presumably stolen money. But this isn't a Maltese problem, this is what EU really has done for Europe.

Nevertheless, the scandal, besides threatening a conservative lock on Maltese affairs for nearly as long as there has been EU....hmmmm....wonder how that is....since they are not corrupt.....hmmm......may cause an eventual pathway to functional Euroscepticism in the parliamentary composition. It will probably put more Nationalist Party seats into effect, as well. But it will not put NP leader, and PM hopeful, Simon Bussitil into the Big Chair. Even if it could, it would only be slightly more possible for Euroscepticism to breathe. The Maltese Nationalist Party is one embracing EU.

The next scheduled general Maltese elections are next year, meaning whomever wins, if the public remains skeptical of its government, the opposition stands a good chance of hitting a more fruitful term. Reform only works on a platform after the status quo has failed.

As a result of protesting in the streets in late April demanding the government arrest and prosecute the the fellow Labor Party members, and of the PM's wife Michelle, Muscat hopes to restore national unity using this snap election as a sort of confidence vote. As Eurosceptics, we do not have a dog in this fight.
(don't be fooled by the name Labour Party: this is the same Center Right ideology of Merkel's Christian Dem Union)

The fact is Euroscepticism is defunct in Malta, as there are only two very small right parties embracing it, and the name of Nationalist Party of Malta, whom is behind 5 points according to Maltese publications, is simply misleading. In fact, the three bigger political parties are misnamed in Malta. I bet the Communist Party of Malta goes by the name National Socialists!

The MPM and AB parties hold no seats nor posts in enough vissicitude as to prize Malta out of the jaws of finacial ruin, and the contraily pro EU Nationalist Party of Malta is not going to change to a Eurosceptic platform, this would cause any ground they gain to be lost to party defections, splits, and the arrival of a pro EU party to take the seat majority, flush with cash that no one knows is illegal....yet.

So if you're putting all your eggs and biscuits onto the Maltese elections becoming a force for changing the EU philes and their hold over Parliament, well, friend, I have to bust that bubble in a hurry. But on the upside, there will be further and far reaching fallout due to the slimy creatures crawling from under the rocks exposed to the bright lights of accountability which have issued forth as a result of the Panama Papers' year long reign in the guilty nightmares of BurEUcrats, and their bankers, since June 17, 2016.

And the fallout of these papers has only begun.

The Panama Papers is a set of documents outlining an illegal system of theft, money laundering, etc, which was leaked by an anonymous insider to a German newspaper starting June 17, 2016. The leak continues to reveal an operation spanning the width and breadth of EU political stars, their nations, and their private lives. The banks featured by the exposee are headquartered in Panama, as well as other Latin American, and Carribean cities.
at June 03, 2017