Josh Moon Is A Liar 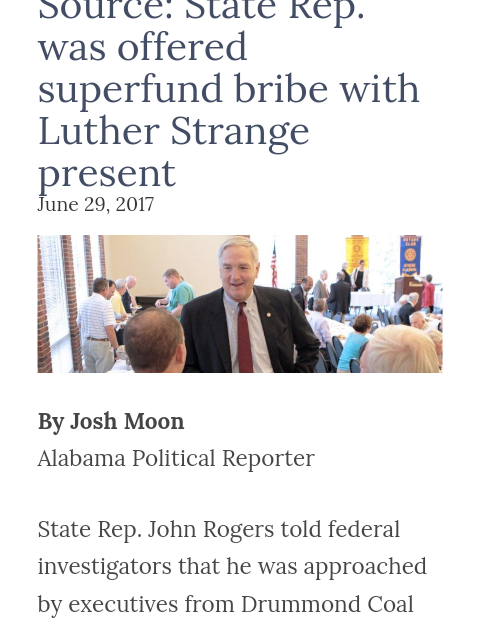 There is no limit on corporate donations to political candidates within a state election.

There are very few limitations on how much individuals can contribute to any candidate which is overseen by the FEC. (Federal Election Commission)

Josh Moon is a slanderer. Anyone beating this drum is. The fact is, the American people are vomiting, and fakenews is what is coming up.

When we claim, as Josh Moon, to have, "emailed Strange, but he refused to answer." is it not patently obvious why that might have happened? What about now...? And, now?

Since we get to determine the legality of things, and not point the other barrels of this bias at anyone else, think Josh Moon's party's base will survive.... sans contributions? I mean, they're either illegal, or only certain people can make them....or...how's that, exactly?

I ask you, Alabama: when a slanderer, whose publication is so low that we cannot call its lies, "Libel", calls himself a "political writer", and yet he delivers a partisan attack with the identical enertias which are destroying this nation, should we not actually want him to be "politically educated", ie, instead of this cess-pool of innuendo and connotation tossed like so much copper at magnets? He knows how to lie, and manipulate: but he has no education in this field.

Forget that he has accused someone whom is passed on, and cannot defend his actions, do you understand how fake news publications operate, now?

At the end of this article, Mr Moon is not accusing my family. He is trying to insinuate that the American way is not to his liking, but he also insinuates that there are limits on monies that corporations can donate to candidates in Alabama. Guess what?

This is the same smoke and mirrors act Jason Chaffetz and Eli Cummings made to ruin Mike Flynn's career.

Insinuating that the company bearing my last name is owned by people whom are not individuals.

The FEC currently has zero limits on an individual's campaign contributions.

It was really hard to write this.

At any rate....nobody will sue them because the entity for whom he bangs out partisan-angled big government vernacular would not withstand it...

But, we have a saying, around here: this ain't baseball, once for mercy. Twice for sin. Even then the Drummond Corp will not sue. Nor will Sen Strange.

But it shall put Trump into his second term. And the fallout from this type of fakenews is only beginning. The D loss in Georgia is directly due to the American public's disgust with fakenews. And all of it has been like this slanderous dissertation by fakenews writer, Josh Moon, lately....