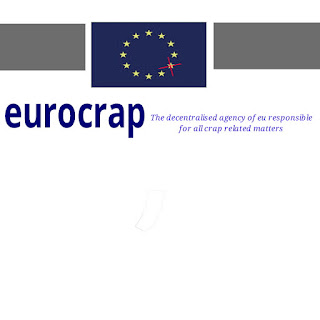 
By the order of our Fuhrer, Angele Merkel, eurocrap has been instructed to order all those who remain uneurocrushed by the names we call you, under the "Let The Poor Be The Victims of Multiculturalism" [2012, Project Scabies by Proxy] like 'Xenophobe', and 'racist!', as well as anyone whom can identify exactly which part(s) of the Koran mandate the murders of all whom are not converted to Islam, and all non atheists, are ordered to report to their local Euro Comm Office of Convergance [Eurofound Initiative Protocols 36, 15, und 15a] for their tattoos, and to have names such as, "Scott", for males, and, "Beatrice", for females, to be added onto their official EU papieren.

At this time, a pepe the frog emblem shall be added to all clothing. Failure to maintain tattoos, clothing, and papieren in proper display, as to relegate you, shall result in your repatriation.

THIS IS NOT A PREPARATION FOR DEPORTATION TO CAMPS IN SYRIA UND AFRIKA!

Under the provisions of europrogramme, "Make Fun of, And Marganilise Christians", exterminating world views which oppose Communism a la Merkel, by the act of murdering those world views, is provided for in the 1952 European Declaration of European Human Rights, and Ascension from Third Reich to Fourth Reich is pursuant to Prop 36, entitled as, "Europeans are ONLY people who accept her views, or the number of the name of her views: for it is a humane number. Its number is, sechshundert, dreiscore, und sechs." [EU Art 1-36, Conseil > EU, EU>Fourth Reich]

Thus, we are not deporting you. We are merely sending you back to your homelands, where we can correct God's mistake due to your having been born in the definition of Europe by Reichsprotocol Sechs und Dreisisch.

Failure to comply shall result in your repatriation to your homeland.

Compliance shall, well, result in your repatriation to your homeland.

Note: sixty one of the sixty three genders as per EU prot 15, eu § s,v, and g, [Art 15, 32, 36] shall be granted immediate immunity from repatriation, as long as they adopt Die Fuhrer's atheistic world views, and participate in the act of insulting their own existences MITT Die Fuhrer!