Tracing The Journey: How EU Lies Without Lying 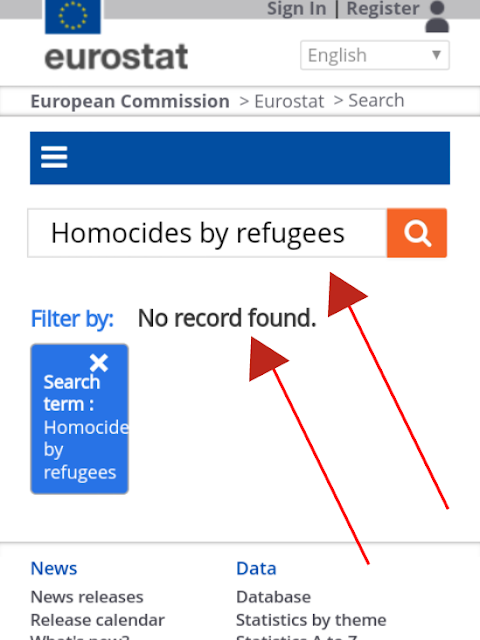 "In 2013, EU determined that it would forever merge the terms refugee and migrant in order to accommodate EU's leaders' personal feelings that everyone should be enslaved, while it works to convert EU into a third world country. Eurostat's public numbers only support this view, it is defiant to the UN as well as the Geneva Convention whom were the first to define refugees. They are not refugees unless there is danger to them at home."


The United Nations Council on Human Rights defines a refugee as "a person whom is displaced due to their nation of origin bearing a threat against that person."
In other words, the refugee is a migrant whom cannot return home or his government will kill him. This would apply to both parents, and children born in another nation, since their household is from the nation which they have fled.

But too often, the hazy areas surrounding the definition of statuses awarded either to those fleeing a real threat to them, personally, and a real crisis, are fused together, and billions of Euros thrown at the problem until the payoff at the ballot box converts democracy, if you can call it that, into dictatorship. It is becoming more and more questionable what EU is attempting here.

We see refugee status being generalized in EU, and Eurostat has failed in pursuing this angle currently, which accounts for the denoting of a 5% decrease in citizenship awarded within EU in the year 2015. And this is the most recent year available.

Analytically speaking, this is the way it should be, statistics can only be interpreted retroactively. Numbers cannot be worked for 2017 until this year is over. But 2016 numbers about refugee-migrant involved homicides should be available. But they are not. Nor are there any statistical observances of migrants committing any sort of crimes at all. It's as if this is a giant oversight, but for the insincerity of EU in general. Thus we know that they have those numbers, but they are not reporting them, nor making them available to the public.

All of this is compounded by the fact that the rule of migrant or refugee falls along the "does it prove us wrong?" factor. If the answer is yes, then we can only conclude that the numbers are so obviously a criticism of EU that releasing them might prove inflammatory.

There is also the birth factor: if a child is born to refugee parents, and that birth is within EU, then that offender is incorrectly awarded the category, "European." From birth onward, those statistics only regard him as European.

This is bound to cause a horrific decline in refugee crime statistics, because refugees are supposed to one day, return home. Subsequently, EU has pushed the legal boundaries of what a refugee is or isn't upon member states. Thus the complaints by the Interior Minister of Slovakia, for instance, are valid ones. Deputy PM and Interior Minister Robert Kalinak stated that a very large percentage of these refugees are simply African and Occidental people using the status as to gain a foothold in Europe.

If this is true, it is intolerable, as the effects of the real crisis which EU is currently re purposing the numbers to indicate how fake it really is, have revealed too much. Inflation is rising in EU. GDP is up, a negligible ,05%, but it is up....but the inflation rising 1.9% across the board. This is probably a ,03% rise due directly to the measures to sustain the refugee crisis in Europe.

One thing we observe in Eurostat, and EU, is the continuing hammering home that "Turkey, Albania, and Morocco compose the largest percentage of refugees. With Moroccans totalling 85% of all refugees..."

This is confusing, due to the fact there is no humanitarian crisis out of Morroco, and still votes are being bought in trade for citizenship for an imported work force that is this large, and in no danger whatsoever of going home. Nor do Morrocans face executions for returning home.

Then there is the double-edged sword of EU policy working against this argument: Turkey and Albania are listed as the next largest contigents of asylum-seekers. The truth is, Iraqis and Syrians fled into EU via these nations, thus EU is using their lack of paperwork conveniently. EU intends to award them the best of both worlds: migrants who are refugees, by leaving it undefined that their treks originate in Syria and Northern Iraq. Then, EU plans to blanket this status generally upon all migrants, whether or not they fit the UN or even more clearly defined Geneva Convention criteria of what refugees really are, and in this way, at least EU hopes, no one will notice.

4000 assaults were commited in EU, mainly in Germany and Italy, in 2015. I wonder how many were committed against women and children by actual refugees? And I wonder if the huge African migration problem were handled legally, would the police services indeed be this exhausted?

At any rate, write your politicians. A moratorium on citizenship should be announced until an audit by UN and Red Cross can determine if and when the vast majority of these cult worshipping killers can be returned home.
Conclusions: 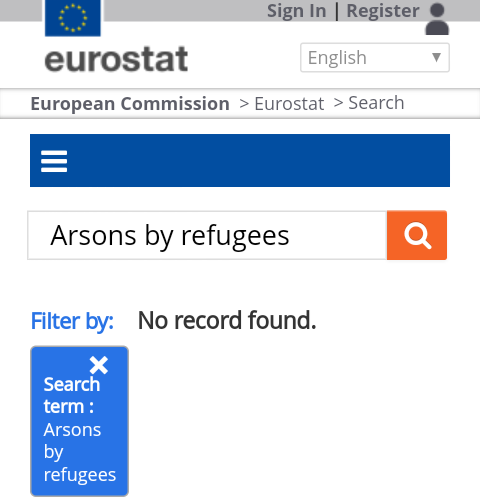 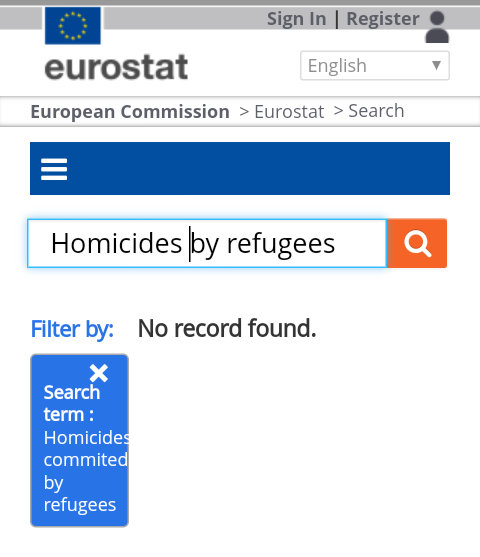 After trying repeatedly under several search headings, the results began including any documents that had either the words arson, and refugee, or homicide, and refugee. There is no current way to find these stats in the database. 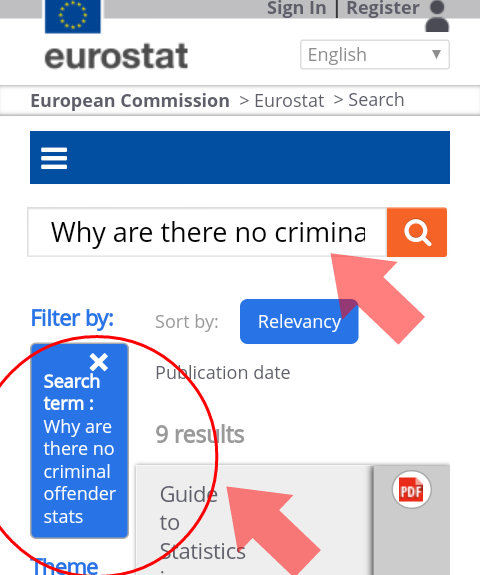 Eurostat should be investigated, and otherwise prompted to make these numbers available.
at May 25, 2017

Email ThisBlogThis!Share to TwitterShare to FacebookShare to Pinterest
Labels: EU, Eurostat, Net Effect Of Refugees Inflation, What is a migrant as opposed to a refugee?