So, You Wanna Impeach Trump? 4 Reasons Why You Should Be Fired! 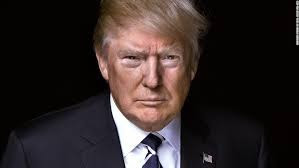 There have been three US presidents impeached, two Republicans, and one Democrat. And, though the cries for impeachment of Trump grow louder, and more ridiculous, they still possess virtually no actionable content.
It is simply job security to sell the papers and the rags as cheap as they have made themselves.

The gathering impeachment energy in a storm of rhetoric has no countering mechanism in the press, which is waging this war along party lines. The report that "Trump gave classified information to the Russians" is not actually an impeachable offense, even if it were, these cries are a long way from nowhere in terms of being a realistic demand to carry in the Congress. The process of impeachment is not a panacea, or a solution, not before it is a set of unique problems all its own. Unwieldy and publicly misunderstood, it isn't what you think it is.

Historically, only one of the three Articles of Impeachment drafted in the House ever went all the way to the Senate in such a fashion as to actually threaten a presidency. That would be those articles against Nixon (1974).

The other two were partisan-based, and indeed, but for one vote against Andrew Johnson, (1868) and the motion carrying against Bill Clinton, both efforts died on the Senate floor, in a deal which saw Clinton censured, (1999) Johnson walked, neither was removed from office.

The fact is, all three were impeached, because the actual process means that Articles of Impeachment were formally filed in the House of Representatives. And to impeach Trump.....now....means that party lines proscribe it as absolutely impossible. Not simply impossible, but, invariably, as in the Clinton Congressional Hearings, experts, expensive experts, must be gathered from the academic institutions of the nation, from the far flung areas of their particular relevance to the task, and their opinions advise Congress as to such subjects as, "did the Founding Fathers include sharing information with an ally as, 'treason, bribery, or other high crimes and misdemeanors'?"

They would discuss historic examples, Roosevelt, Johnson, presidents whom shared data with Israel, and this would take around nine months, while sessions in both houses would paralyze the real business of the nation.

This also costs a lot of money.

The cry for impeachment is always a partisan cry, which means, since the Speaker of the House is Republican, then the proceedings will be impossible to launch.

In the one case in modern history where the articles were apparently non-partisan, in that of Nixon, there were very real efforts to protect the nation from someone whose lack of moral clarity was actually injuring it. He realized he was going to lose...so he quit before he was removed. Otherwise, the process has never been successful.

In the odd case of Andrew Johnson, the Speaker, as well as Johnson were both Republicans, (though Johnson had been an Abolitionist Democrat), the lines of divide in this case were along the designs of northern retribution against the southern states, and Johnson, from Tennessee, believed that enough blood had been shed. So he blocked some of the Radical Republicans (so-named due to these types of legislation against the southern states), and they filed Articles of Impeachment. Johnson and Clinton represent failures to remove a president, which is the goal, and those failures are due to the partisan abuse of the Founding Fathers actual intent in providing this last resort to us. Thusly, any partisan abuse has a more than good chance of being a huge and vapid waste.

These Articles of Impeachment must 1) pass with a majority in the House of Representatives, which begins the charge to impeachment, and then 2) pass by a two-thirds majority in the Senate in order to finish the process of removing a president from office.

The fact is, however, impeachment is merely the articles carrying in the House. Once those charges are filed and pass by a majority, a president has been impeached.

So, in deference to the misconceptions which linger in American mind-sets regarding the confusion about the difference between impeachment and removal, as well as the process itself, here are four reasons anyone crying "impeach Trump" should be removed from office, or ignored as journalists, or otherwise, fired:

The appointments of Special Councils, or Special Prosecutors, or Independent Councils, which for all intent and purpose, are identical, cannot be done in secret, as in other nations, thus the Special Appointee must be prepared for both his real job, and the inquisitive and imposing presence of the media, whom no doubt is the actual impetus behind the cries for Trump's job.

So, if you are a Democrat, and overhear someone crying for impeachment, don't say ANYTHING. Get a blog, and welcome to the world of the seeing.