On the Eve Of Stupid 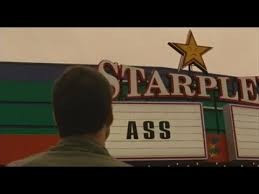 Let's be clear: I am a historian and political scientist. I base my contempt for groups or nations upon very real concerns that these are not the kind of people whom should be writing the record.

In the city of New Orleans a war in the streets is a'brewing. For the record, I believe that anyone, white, black, or other, whom removes landmarks, historical monuments, or otherwise tries to re-cast our national existence purging the parts that they personally do not like, I believe they are engaging in an effort to politicize stupidity !

It is antiprogressive platform, in general, to consolidate the wealthy, white shame folks, and the wannabe civil rights heroes into equating the memory of the Civil War to racism, and ignorance alone has allowed this, tolerated this, and helped the US courts accomplish this.

Trying to repaint the portrait of what already happened indicates a whole lot of arrogance, and a path which shall lead to history repeating itself.

For black people to even try to claim that institutionalized racism can take the form of monuments, entering their second century of existence, and offend their nonexistent right not to be offended by actual events, is a symptom of a greater sickness, and from it, no one can remain on the fence.

The goal of antiprogressivism, such as gay marriage, or the municipal governments of our nation tearing the past down, is to undo the legitimate reasons for the justifiable civil rights issues: do any of these people remember, Medgar Evers was murdered for getting a supervisory position! You are fucking out of your mind if your spoiled generation can even cast a light upon a fucking statue, of an honorable man, no less, and not expect backlash!
I got my first degree from UAB, and experienced reverse discrimination, as did every white student, and faculty member, whom attended that institution. This is what antiprogressivism is doing to our world. And it is being conducted by black folks whom want to be famous, and remembered, yet are trying to at the very least, to defame historical figures!

How the hell can you want to be in history books by merely being someone whom tried to accomplish a felonious purge of history books?
How the hell will future you be safe from current you?!?!?!

And this is just obviously full of the same kind of vanity, the same level of nonsensical pseudo intellectualism that the KKK uses commonly!

And this is the goal of antiprogressivism.

While your at it, erase the memorials of Vietnam, and Dachau, why stop here? You intolerable, arrogant, and spoiled generation!?
Having said that: if you try to fight these ignorant black leaders, and their white-guilt supporters, you are now fighting yourself: because, young man, this is why Kennedy told MLK to survive, for this hour, when ignorance defamed and converted his legacy to a destructive force: but he did not listen.

If you go to New Orleans, you will accomplish nothing. God is a wise God, and he says not to remove landmarks, and that when the time of the rule of ignorance comes, weapons shall not avail. He knows you are in the right.

Unless you go to fight.

There is truly nothing left to fight for but Him.

If there were justice, the fat city parasites misguiding the black community, and injuring the world, would be put on one side, and The Confederate Army AND The Army of the Potomac on the other: because that is exactly how it would happen!