NewSpeak for Dummies: Bernie Sanders and the NWO

On the seventh of May, 2017, the majority of French voters voted for Marine LePen, the anti EU candidate, for president. But the huge immigrant population voted for the EU and Merkel's lapdog, Emmanuel Macron. The coming weeks will see this issue become more and more divisive, as it amounts to EU importing voters to accomplish its existence. That same day, after LePen conceded the 65-35 election, Bernie Sanders sent this tweet.

It is not true that Bernie Sanders is inherently evil. But his lack of fully understanding the results of Globalism in France renders his reliance upon NewSpeak words in order to express his joy. His tweet exemplifies no less than a near perfect example of the licentious slander that NewSpeak truly is. Although there is a case more inflammatory against the people pushing the slander, I choose his because he is not a bad person. I would've voted for him, myself. I choose his tweet because he is naive about the way NewSpeak is being used.

In the political world, there is obviously a lot of dissention. There is a lot of animosity. And members of the press tend to capitalize on this in ways that the publication may, or may not be aware of when they are doing it.

And the ProEU Globalist media is even quicker to try to pounce on phrases, or watch-words, then pundutize them in well-worn paths to disaster such as in the case of, "Tonkin Bay Incident", or "Al Quaida Involved in Iraq", or, "Weapons of Mass Destruction" prior to the 2003 invasion. And what you are left with is a body, which in the US, anyway, can use the First Amendment as a shield against any responsibility, thus the selling of papers makes the truth a martyr to that cause.

Such things as the lauding of Macron's victory as victory over "racism, and xenophobia", are prime examples of the way this process can affect people whom should be smarter than this. These are incorrect usages of these terms, and I do not recall seeing Mr Sanders opposing the press when it is convenient for his own racism. To the contrary, he supported the US's racist-inspired wars in Afghanistan. And this is what I mean. He also has supported Israeli violence against non-Jews, and this is also what I mean. Nowadays, he seems to avoid the blood and guts by trying to equate the crimes of Israel to the 16-19th Century policies of the US in regards to the Indigenous Peoples. But even sanitized, when it comes to Israel, Mr Sanders holds that nation to another standard.
That is the very definition of racism.

Xenophobia-(n) fear of the unknown.
Racism-(n) the pervasive belief that one's race is endowed to be superior to the exclusion of others.

This pretty well describes Israel, which is the cause of the Syrian crisis, and the US Occidental Wars, which his support of the Aghanistanian one is every bit as historically mistaken as the one he did not support. To his completely admirable credit, he defied the establishment about Iraq 2.

But his use of the NewSpeak is tell-tale. It cries out, "I am ignorant!!" And these NewSpeak words amount to being nothing more than a Harry Potter spell mumbo jumbo. Real Xenophobia we all have in measured amounts.


Last I heard, not even the people of Vermont can elevate someone out of the realm of hypocrisy. And they have not been successful in his case. 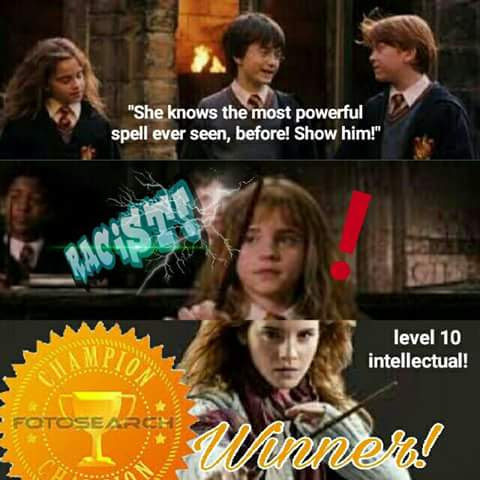 These words, xenophobia and racism, do not describe what it is to live in a Europe with three to four times the population density of the US, and know, unequivocally, that people you love will be lost to disease and highways, which cannot be helped, and people you love will also be lost to the constant intake of a refugee crisis and the refugees themselves' religious zeal, and the murders that zeal implies as a venerated religious virtue, which can be helped. This his beloved OTHER home nation has quietly caused. And the killers among these refugees depend on this type of institutionalized vulnerability. And that could have been helped...but for the next five years.

Well and good that normally he is in the right to condemn this in Israel, but unless you have lived in Europe, and buried your friends in Europe, then your opinion, especially if it relies almost exclusively upon NewSpeak, is one that doesn't possess the clout to be taken seriously anywhere. It is to congratulate a right wing banker converted into a centrist via the paradigm arrogance of a new meta state which is pulling the nations of Europe into a kind of crisis which, in US terms, is reminiscent of the real estate bubble mixed with the Great Depression. The EU is weakening the world. The EU is weakening the finances of the world. Meanwhile, the ignorant, and the perpetrators are using NewSpeak as a vital component of their strategy.

NewSpeak is to replace the outrage and sensibilities of, "Welcome: Terrorists, and Poverty" because, if it were spoken this way, which is what Macron means for France, then the obviousness of the drunken policy is unable to be concealed.
So there it is, plain and simple. For the next five years, the nation of France must suffer guaranteed terrorism, (which is analysis. Not racism), and increasing econmic depression.

This is what the Tweets should say.

The EU has ordained the refugee crises without real funding to the nations bearing the greatest part of the burden. Nor has EU, to date, funded an interventionary program to intercede and interrupt the process of alienation which is both possible, and dangerous to ignore. Instead, it heaps the physical cost and human cost upon each state, without any signs of easing, nor consolidating the effort towards prevention. But, in a related story, some useless private secretaries in EU make enough money to fund just such a program for a year or more.
at May 08, 2017