Eurostat began as the Kittinger Treaty took effect, and EU came into existence in 2001, though it was not yet exactly created. It was later that Eurostat was created as we know it, today. It has never actually served as a statistics bureau. It has only served as hot and cold evidence factory, and the collected data which does not support the program of any given EU Commission President is simply suppressed, or recycled and retro-fitted on an as needed basis. Eurostat is a group of real scientists who answer to spin doctors, and could be compared to Jezebel's donkey. 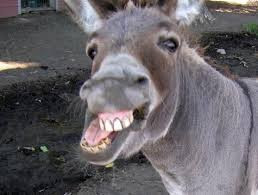 Eurostat actually was an offshoot of a committee formed to gather statistical information to be used in order to better study, and ultimately remove, what we used to call "international capitulations", a sort of breathing room given to account for the differences between say, bacterial content in French cheeses, and that of German cheeses.

Lovingly logged by WikiPedia as having been created as is by the 1991 Eur-11, Eurostat was a creation of the original eleven nations of EU as they were planning EU, which did not yet exist. (This is the illusion, EU is sixty years old, Eurostat is Jesus telling us, "consider the lillies...")

This still falls short of providing an accurate statement, that Eurostat was created in 1991. Eurostat was created using past examples of similar organizations, but it was not created until 2003. And its raison d'etre was as more of a public relations office, and not a purely scientific, nor even an honest, statistics bureau.

You see, once upon a time, the laws of say, German importations of French cheeses, were governed by a system of German guilds as well as strict import guidelines. And these acted in such a way as to protect the German cheese industry. And likewise for the French beer industry. But, when two nations agreed that they had more to gain by suspending those internal guidelines, that is called a capitulation.

Eurostat began as a way to publish officially agreed upon standards, in measures familiar to all. For example, the amount of alcohol in German beer, and how that would be compared to French alcohol content, and this was vital to EU formation.

Though the office was created officially then, it took its name from another, entirely different effort called European Statistics Programme. It was named in 1989, and tasked to, among other things, gather economic data. The Programme then answered to very few official guidelines, and was seldom, if ever, questioned about its conclusions at all.

This unilaterality in this office's numbers, and how they were interpreted, were transmitted as DNA to the Eurostat we all now know, and distrust intensely. The Programme was settled on for such things as population migrations, and weather, economic trade, and really bore little importance as it does, now.

Eurostat is really a clearing house of meaningless statistical observances, and acts in tandem with EU on a pro requiem basis. If Juncker needs deer hunting stopped, he calls Eurostat, and via playing off of the hard-wiring in the human brain, they send him an official set of mathematical conditions complete with spin, and suddenly Juncker, a politician, now sounds like he may know what he is talking about, so, invariably, we listen.

Example? Ok. Bear with me, here, I will bring this all together, in the end. 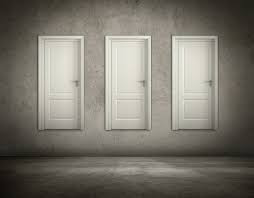 Say, we are in the audience of a gameshow, and the host places three doors in front of Jim. Now, the host says, "Jim, behind one of these three doors, there is $35,000 that you can have, and all that you must do, is choose between door A, door, B, or door C?"

So, the host tells the hot chick, "Open door B!" which she obliges, and no, there is no money. Now here is the tricky part.

So, the host looks at Jim, and shaking his head, with a reassuring pat on the back, says, "Oh, no Jim! It may very well be behind door C! But tell you what, you have a 50/50 chance of being right, but you also have the same chance of losing. How about I give you a choice, and you can choose between door A and door C? Huh?"

Jim thinks about it, and chooses to remain at door C. The host opens door A, and the money is there! Poor Jim.

But, every single bit of this is science.

First off, Jim had a one in three chance. Did it become one in two after door B was opened?
No. It remained one in three, knowing where the money was or was not does not change the odds, but our brains really do not know that.

So, when the host tells Jim that his chances have changed after opening door B, it is a scam repeated on game shows, in Monte Carlo waging tables, etc. When the host allowed Jim to change his answer, even though the odds did not change, statistically, the people who change their answers have a 65% chance of winning by some process we call fate. This very situation has been repeated in laboratories the world around, and there is a correlation between changing your answer, and winning.

The odds, however, never changed. It is a quantitative statistical analysis gathered over time which says Jim would be more likely to win the $35,000 had he changed his answer. 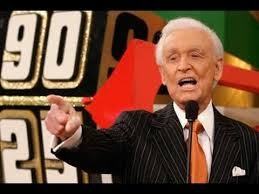 And, believe it or not, the entire set of behaviours demonstrated by the hot chick who opens the door, and our host's either negative or reassuring responses, all of it is choreographed around the odds, and is based on a continuing set of repeated circumstances which will be measured, and collected for the producers of that show.

This is also how Eurostat works. If you have read my earlier complaints, I have mentioned the preposterous claim Eurostat has worked into its statistical regime, publishing a statistic to back up EU's embracing of ECHR-15 verdict by claiming that the $30,000 annually spent for migrants will decrease after four years, and they begin to graduate from college! That's a joke, right? No. That is a bias. The enemy of legitimate statistical measures is the engagement in bias. Statistics, as we discussed, can only be measured after the same thing happens, over and over again.

But, when we start pimping up the starting point, well, we are trying to keep Jim from changing his answer, so, at least we hope, he will lose. 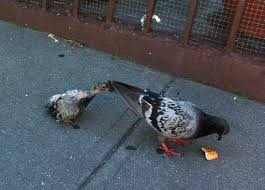 We cannot say, 95% of Parisian pigeons will be Frankfurt pigeons....unless we can prove that this Pigeon migration has happened a lot. Without a body of given data to begin with, using math to repeat the preposterous occasion that, if we hand carry fifty pigeons from Paris to Frankfurt, that they are, indeed, now Frankfurt pigeons, well, that is easy. All we need to say is that 50 somehow equals 95% of all Parisian pigeons, and voila. Why bother, right? 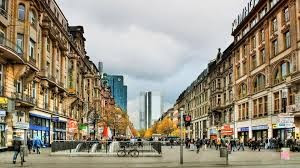 Well, when I read the Eurostat body of data on the problems being caused by EU, it is exactly what I say. They are manipulating real observations, and combining them with biased trending coefficients, which is not even a spin, nor a labor: it is a dead-end stare! Why bother!? 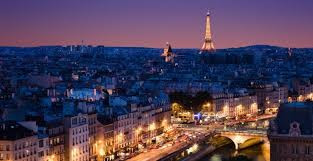 I am not telling Eurostat something that it doesn't know: since all of the director generals holding that post are real national statisticians, I am going to lodge a complaint that this is another example of EU throwing that salary into the toilet, because there is no way the Director General of Eurostat has ever done their job scientifically. This slot probably draws more of a bribe for silence than a salary. And, since Eurostat has only had five Director Generals since it was created, four drew a six figure salary, then retired with a similar pension. Do that kind of math, and we see why and how the elite keep their scholarly credentials from being used as a force for truth: it is not a salary. It is a bribe. The Director of Eurostat knows mathematically how screwed up this is. Therefore, their silence cannot be cheap.

What this means is that somewhere, the real numbers are being compiled and kept away from the publicly-accessible sources on line and otherwise. This is not something that I am just making up, either. As Eurostat can tell you, 90% of the time I smell a rat, and you smell a rat, and we all smell a rat, that there is a rat nearby. But 100% of the time where there's smoke, there's a fire.

But in Eurostat's case, where it errs, is providing "evidence" that, due to the Syrian kid whom exploded Manchester having been born in UK, that the ECHR-15 is not flawed.

I would love to have them try to explain that to me...