Who Is Fixing The Elections Of Europe? 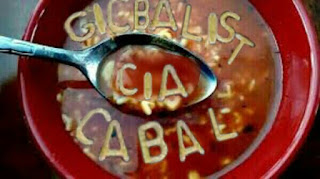 "What we are looking at is good and evil, right and wrong....and a new world order."
-George Bush

The Netherland election of March 15 of the current year was full of drama, political intrigue, and the EU Commission's prototypical guile for the voices crying for an end to this unilateral monstrosity.

Be this all as it may, Geert Wilders was subjected to no criminal charges, no fingers of enduring slander, nor did the winner, and pro EU candidate, Mark Rutte. In fact it appears that it is genuinely clean from any such sort of tampering.
But it may be the last one.

How does ANYONE fix an election?

To fix an election, you must destroy an opposing candidate, his will to run, his reputation, or all three.

The usage of slander is typical as a device well-known to the toolboxes of CIA and the Golbalist cabal. Without this, as a tool, the only other means to destroy a candidacy must involve electronics, whether cutting off the money supply, or compelling powerful supporters to abandon the candidate who'se platform defies the cabal in-general. Verily, the collection of blackmailable data is electronic, but until the opposing candidate identifies these accusations in public, they are barely mentionable.

Right now in France that nation's place in the Globalism "Eat Your Economy" food-chain is most-likely to follow their neighbor's  to the south, Italy. Embroiled with this four-way cutthroat race is my hero, Marie LePen.

With the third candidate, the Communist Jean-Luc Melechon, bearing little or no chance. And bringing up the rear, the man whose candidacy was rocked by scandal, the political-cousin to LePen on the middle right, Francois Fillon.

Wait a minute...Right winger, former official, now accused of fraud and theft....this, this is....this is perfect! If you are CIA, that is.

Neither framing the right, nor the left, nor for that matter, ANY politician, if we are going to go there, is hard for CIA operatives to manage. How do we know? Because they have done it before! From Iran, to Jamaica (resulting in the death of members of Marley's Wailers, as well as ultimately, Marley, himself), Allende, the Time of The Disparacitos in Latin America: the CIA murders, entraps into scandalous political intrigue, and otherwise destroys the very processes of democracy which they were founded to protect. Then, frames other intelligence services of other nations routinely. It is my belief that they will contract the murders of UK citizens for them, and vice-versa. It is a terrible organization, and should be destroyed.

And, days after the Wikileaks Vault 7 posts identify CIA election tampering against France, it warrants a second look at the scandal-ridden Fillon, not to excuse actual guilt, but to ask the questions that emerge when we assume that any politician is not a scumbag, because most are. But, with two right wingers, at least at the outset, whom each had a good chance, and one Communist, whom face it, just does not, and one guy whom the cabal elite used to have over for croissants and cafe, it is a no-brainer that if one of the right-wingers is removed, then that significantly alters the doors of outcome to LePen or Macron, no Fillon to split the vote. Now, fill the coffers of Macron's campaign, instant PM.

The real crime here is obviously the CIA's inability to act against LePen may be due to her lacking the proverbial "trail of bodies" behind her. But the common-sense also means that she may, in fact, not be innocent, and, should she win, CIA slander could paralyze her, or convert her to sharing the cabal's world views and agenda as Russia Hacked seems to have done to Trump.

Someone is fixing the elections of Europe.

Further proof that Globalism, and the EU, must be destroyed.