The Political Mechanics of EU Exit 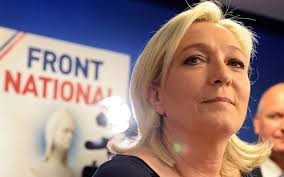 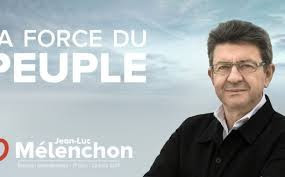 Marie LePen may have won a runoff election berth, but the Road to Frexit doesn't necessarily end only when she is president. Melechon, the former Communist Party candidate, will almost certainly support referendum with, or without the winner of the election's support. Chances are, the President LePen will arrive on-scene after a referendum carries the large percentage of French voters who appear to be disappointed with EU membership.

The complexities of exiting the EU are not anticipated, nor spelled-out in the Treaty of Lisbon. These types of unforeseeable details, such as the possible breakup of the Scottish and Irish Parliaments from UK, are the soft and cool side of the pillows, and the sweet dreams of EU officials; for they practically ensure EU's survival.

The Engine
The Treaty of Lisbon has more than one convention, and a large content of fine print regarding any number of subjects. What it does not state is the manner in which any EU member-state should arrive at the common-ground that the best path forward is to trigger Article 50. This was one of the few sovereignty areas of juridstiction which EU left to the citizens of each member state. The British exit strategy made prolific use of digital and tv ads, in efforts to bring awareness of their case against EU. Then engaged the referendum, as this is the UK's national government's manner of determining it's national direction forward.

Holding out for a term as president, Marie LePen, who's initial suspension of referenda coalitions with the center left, and the far left, was due to orders issued by current president Hollande, seems to represent (however unintentionally) that Frexit lives or dies with her campaign for President of the Fifth Republic of France. Holande ordered her to cease the dialogue of any Frexit referendum, and this also was the message given to each party leader: Hollande's Parliament would not tolerate the word Frexit, and the speculation is, should the trend continue, he would invoke the dissolving of Paliament first, effectively requiring a repeat of those very arduous efforts with a new PM, or not, but with a litany of public polls accusing French Euroscepticism of being in it's synthesis, a waster of public monies, and upon a blind path to more.

This is the bug in the engine of any nation wishing to exit, with or without the huge task of taking referendum to the public: EU, and Globalists are pretty good at dragging exit coalitions through the mud.
There were suggestions in the press that the BBC had conspired with Nigel Farage to perpetrate a joke upon the whole of Europe, and that the Brexit effort was not genuinely a cause for which his support had been anything but meglomania. Desperate millenials seized upon this slander, fueling accusations of fraud, and their own EU/loyal confusion, even to this day.

But the engine powering the various efforts on the part of Europeans to engage a medium through which a path to exit can be paved boils-down to the desire to re-establish political and economic control over their state. This is too powerful an inducement to each class of people, from the rich to the poor. The bugs to prevent exit, and the skullduggery, are both the tools of the world's only trillionaires, and their globalist cabal.

In Greece, Alexis Tsipris came to power using the very first exit moniker, Grexit, commonly. He used it as a way to describe leaving the Eurozone. This was to allow the Greek government to revitalize and restructure their banks during that country's banking crisis, since those acts would violate EU regulations. There was no outrage from EU, and this is perhaps due to the term itself being coined by an American  banker, and implied that empathy for the Greeks during the crisis should continue, such empathy as the previous Austerity hearings of 2011, and their ridiculous attempt to fill the air with the rhetoric that European unity means EU, and a certain amount of damage to each member state is to be expected. 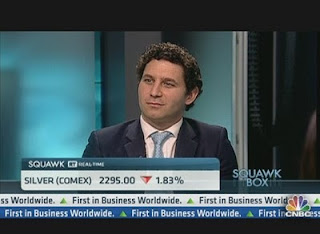 Ebraham Rahbari, the New York Citibank banker whom coined "Grexit", telling a news program that Grexit bailouts have not helped, and perhaps should have been eliminated and Greece allowed to Grexit EU.

But the engine of exit does not run on rhetoric, it runs on the re-emergence of the causes for EU exit, and their persistence being met by the persistent desire to exit on the part of the people of a member state. Also, the engine runs on the potential to free a member state from the perception they have that continuing any further in the stars of unity is going to be the butterfly on the barbel, and that there are no alternatives.

The Greek crisis in EU is a disaster, and remains like racism, or the sexual enslavement of refugees, below the surface and in the undercurrent, although this condition has resulted in the Greek citizenry taking to the streets, and seeking to withdraw all monies from the banking system in which they occasionally lose all confidence.

The Transmission
There has to be a way to transform all of the passion for exiting EU into a functional motion forward. As, in automobiles, this peice of machinery can be every bit as complicated, and vital to the whole system as the engine.

First of all, the relegation of Euroscepticism to the far left and the far right is evidence of the new paradigm-arrogance that has shaped the viewpoints of Europoliticians. "The old right is the new center" is not a fair nor honest way to assess the place any particular party occupies. This is a means of intervening with the engine of exit prior to it getting any traction. Hypocritically presuming that average citizens will blindly ignore the usage of old Euro aspects of the political spectrum, while innovating a new and omnipotent center is an insult to the entire world.

Having said that, the first means of transposition is for the two ends of the political spectrum to locate, and continue to occupy, a more common ground. There are many ways to do this in both their state and EU governments, but they are all expensive. When considering the facts carefully, the transmission of power from engine to transmission should result upon a stubborn, slow, and consistently organized movement forward.

Each of these moving parts must stay in it for the longhaul, for the key to exit EU is always going to be persistence. EU has a vulnerability to the rythmic reintroduction of Euroscepticism, and this may be the latent reason French President, Hollande placed the stranglehold on French left and right pro exit dogmas in Parliament.
The Brakes
The motion forward is only as in-need of control as EU is to provide suitable terms to the nation exiting. Once those deals are hammered-out, no brakes are necessary, for nothing stands to obstruct the liberation of a people from a distant and unsympathetic overlord which should not be under the wheels.


The Body: Points for Style
The path to Brexit seems to me to have been akin to a strong SUV. As exit EU becomes actively and more widely pursued, the rhetoric of those whom wish to, and verily, do remain, is going to invoke all the drama they always do, and since these people control the media, the necessity to engage the media is unavoidable. There should be, however, an air of relief, and this alone. A nation whom exits EU relieved, does so in a Corvette.

But we would settle for a killdozer rampage, if that is what it takes.

However I submit, I submit EU must be destroyed, and Globalism, too.