The Fashion Do's And Don't's When You Are France's Macron

When you're a banker, and in the center in EU, then you are the darling of the social scene. While poor people are off earning an honest living fighting the wars you graciously start, or are blessed by being able to prove Islam wrong when the Muslims' murders of the poor coinicide with the police's murders of Muslims, when you're Emmanuel Macron, everybody's on your side. But, when you're Emmanuel Macron, it is probably very much still infuriating to you that the poor dead Muslims cannot return from the dead to advise the other ones that not only is their poverty their own doing, but so is their horrible fashion sense. So, there's that...

What follows are the fashion do's and don't's that one simply must abide in order to win the cabal's backing for your candidacy for French president: if you're Macron.

So, if you're Macron, and that's your real name, why not go ahead and discuss the content of your plans for France that are not vividly conspiratorial, and only benefit the very wealthiest people? 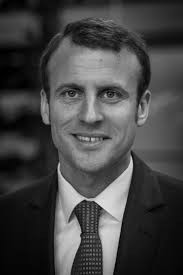