Rosencrantz and Guildenstern Are (Politically) Dead 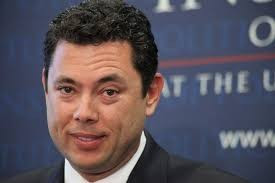 Rep Jason Chaffetz, (R, Utah) whose dance partner, Rep Eli Cummings (D, Maryland) (below) and their dance to the center, has only discredited bipartisanship in terms of Trump investigations, as Eli Cummings is unable to stop the collisions with the investigation into his interference in voter-registration NGO's on the right, accusing his office of shakedown. 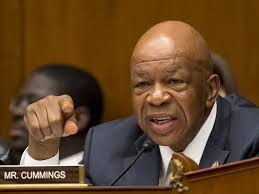 The Mike Flynn investigation is now a fully credentialed inquisition, with Eli Cummings, a known criminal, exhausting what credibility he has left engaging in a masterful act of distraction in a completely unsubstantiated claim that the speaking engagements he was paid for in Russia mean Mike Flynn broke the law.

It is nothing more than that, a sleight-of-hand attempt to dig his corrupt ass out of what started-out as the career of an honest politician, and has ended like a Zeppelin in Lakehurst.

These two stood in front of the nation, and stated, "It is against the US Constitution for a retired US servicemember to work for a foreign corporation"

The Truth:
The Constitution states that a retired servicemember is prohibited from working for a foreign government, not foreign corporations. And furthermore, the Constitution allows retired servicemembers to work as consultants for foreign governments and businesses, the only restriction is Congress, and the Secretary of State, have to be informed. 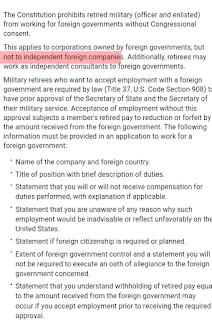 The evidence is there.
Now, why would Cummimgs lie?

Immediately following the discharge by Chaffetz and Cummings, Chaffetz seemed to back off of the rheroric, it is unclear as to whether he will remain in his current post. On the 19 of April, he posted on FB that he would not seek reelection in 2018, as well as cited unclear reasons for taking personal time and leaving Washington immediately following Cummings' deceitful statement.

Cummings's motivations are obviously to pursue #russiahacked when it is a conspiracy theory. However, before the same committee on which he is ranking member public accusations against his office have been brought which are still being investigated. If the allegations are, in fact, true, then his stint as a member in good standing of the US Congress will be finished.
https://youtu.be/-i_YnE6pid8

https://www.google.com/url?sa=t&source=web&rct=j&url=https://pjmedia.com/trending/2017/04/20/an-important-legal-ruling-against-the-irs-may-have-huge-implications/&ved=0ahUKEwiVo5DSvcXTAhUrw4MKHTACBJAQqQIIHSgBMAA&usg=AFQjCNEM3KkyEVuQs0kmOXvmrnrcjVOjsw&sig2=m88-rfU9EaMq3Tb0AwYY2A
Keeping in mind the huge amount of money and time that it has taken to get the allegations above water and against Cummings by True The Vote, it is clearly not connected to Trump, and the inquiries are still ongoing...

And like the fictional characters Rosencrantz and Guildenstern, who were sent on an errand of murder only to be discovered by their would-be target, and dispatched: it appears we are hearing the swan song of powerful and corrupt fakenews slingers.