Paradigm Shift: The Emergence of the New One-Party System 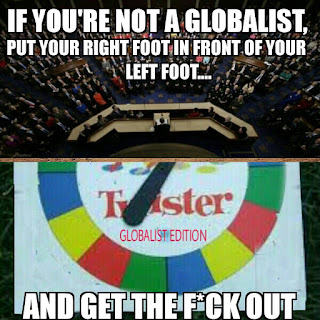 Ever since the triumph of World War 2, the scars of the soldiers who lived, and the honorable graves of those who did not, have been forsaken and defiled by those whose financial status gave them the arrogant notion of their right to rule the nations from the hidden places. Around the same time, co-incidentally (chaa! -Wayne) General William Donovan's newly coined intelligence agency, the CIA, arrived into American and international life, as well as the huge military/industrial complex.

And again, within the decade of the Fifties, a few Rothschilds family members, as well as the inferno-chained David Rockerfeller, laid-out the blueprint for what would become their malcreation, all the while promoting amoral individuals to high places, as well as into their debt, assuring that reciprocation would keep the sulphuric stink blamed upon the charge of others.

The curse that they produced has a name doctored-up with every modern bell and whistle, and protected by sorceries so compelling that they have conned the world into embracing their own curse, and, when convenient, are content to join their oppressors and accuse anyone whom identifies the inbred face of ugly and modern evil...


Into this, add their total failures, and men like myself arrive, immune from their power. Add the waxing towards their futures in ever-increasing swaths of mediocrity, and their malcreation becomes subject to a new, and informed transparency. 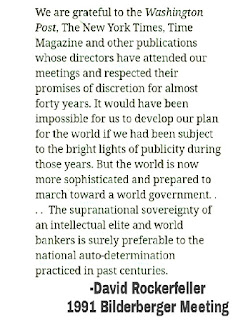 Mediocrity has truly replaced greateness in leadership around the world. Simultaneously, mediocrity has caused the misdeeds of the cabal Kennedy warned us about to rise into the American body politique, and it has eaten its way straight into the centers of power. Making both parties, and their latent similitudes, yet another field of affront and offense.

This should have raised red flags some time in the past, but the media went to bed with these limp-dicked bitches, and the ensuing bastard child lives in the Kardassians, where Edward R Murrow could not.

The womb of Globalism is arrogance, but the incubator of this unnatural incarnate is the media.https://en.m.wikipedia.org/wiki/List_of_Bilderberg_participants
Into this potion, add time...and behold: there is no Republican Party, there is no Democrat Party.  There is a group of sociopaths and just utterly offensive people, and they are running the government.

The Dramatic of the Latent and the Dramatic of the Manifest
There is the appearance of observances of party divisiveness, but it is performance art. John McCain's authoring the Magnitsky Act of 2012 was not to protect the American business interests, which is the what it appears to be, thus this context of his action is the dramatic of the manifest.

The actual reason he wrote the act is to punish Russia for having betrayed the New World Order, thus the vote passed without much dissention that is real, because both parties are Globalists, and Globalism is not a world view, but a disease of the mind. And that being the latent, or hidden purpose, thus this was the dramatic of the latent.

The Magnitsky Act of 2012, besides proving Trump is actually not guilty of any Russian ties, nor did they hack the election, was a response to Russian authorities allegedly stealing millions of American hedge-fund managers' dollars. The one Russian attorney whom agreed to take their case was later found murdered, the implication being, "Russia cannot have money coming from it here, or going to it there, without a whole lotta alphabet agency monitoring it."

Perhaps there is real contempt for the murder of Sergei Magnitsky, but the truth is, there is more for Russia caring about her citizens, and nationalising the Rothschilds holdings in their country, as well as not giving a single damn if comrades to the disease Globalism is are deprived of their usuriously-gotten gains by more honest criminals, for whom elitism means "I know where to hit you with a baseball bat,"

Right now, in every office in this nation's capitol, either Globalists control it, or shall one day. Term limits upon both houses of Congress would deliver the US entirely.

But our friends are the mediocrity which is making fools of them, and time, from which, no mortal man may hide.
at April 23, 2017