Loving Your Disease: The Duplicity of Israel 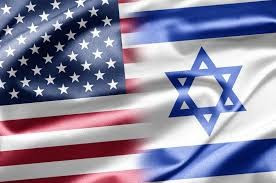 This image should adorn the various labels of Syrup of Ipecec
Hundreds of Israeli spies have been detained since 1990. I could not begin to quantify that number from prior decades, because it simply pisses me off. Hundreds....
The Pollard Affair of the eighties has been determined to be one of the most costly leaks ever, in terms of intelligence infiltration. And the fact is, each and every branch of every department in the US Gov is thoroughlly infested with Israeli military intelligence operatives, as well as Mossad. Ever notice how nobody is doing anything about it?

The prevailing attitude in Washington bears the "dramatic of the latent": "they're our allies, and under a huge amount of stress.."

You have to be fucking kidding me, right? We all know that 9-11 was their co-opting of a Al Quaida op, and the usage of US Tamahawk missles are unmistakable for their hard-point wing attachments leaving a cartoon-like hole in the towers that day. We have seen those same holes from tracking footage of Tamahawks hitting Iraqi targets during the First Occidental War, and the evidence of their involvement doesn't stop there.

But there is a cultural phenom at work, here. The old imprinting of the bipolar "us and them" US/USSR world. Israel was NOT communist. Therefore, they were our allies...But were they, and have they ever truly been, our friend?

We in the US have allowed our relationship with Israel to be by their liege. Meanwhile, they have thanked us for helping them defy God and nature by never allowing the smiles and handshakes without thoroughlly vetting them, first. It is as if Richard Nixon rose from the grave and is running the show in both places...they murder us, we classify it, laugh, and bury the dead. There is nothing more to our relationship with Israel.

Their influence to accomplish a wider war in Syria has resulted in damn near nuclear exchange. As I write this, I am wondering how some future person might discover this text I hand wrote, and how they may be reading this knowing that one did indeed occur, and laugh to himself softly as he relates to a United States literally kissing the same whore that cheated on God, and how I see that, others do, as well, to know so intimately well how close Israeli and Soros actions in Syria have brought the world to the brink of the abyss...and how the obvious must mystify some... 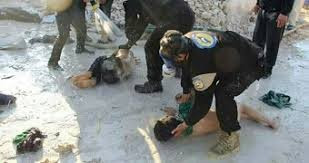 The Syrian Gas attack is a false-flag event. The academic community has not allowed any of these to get past you, but if you do not heed them...http://www.freerepublic.com/focus/f-news/3545163/posts
But the facts are in, and piling up: it must have been a priority of the unprincipled rabble whose NWO is accomplishing all these new frontiers into crimes against humanity, that it protect, defend, and preserve the festering rot of Zionism at all costs since its founding.

And those roads lead not to Rome, but to the Rothschilds and this, not Satanic mysticism, and this alone, is why both UK, David Rockerfeller, and as a result, the US support this enemy unswervingly.

For, if it were Russian spies, whose numbers are one-tenth of Israeli espionage against the US strategically and industrially, since WW2, verily, the Bilderberger media, which provides false-comforts for trusting Israel, would be screaming for Vlad Putin's head. And he laughs at the US, for trusting Israel, for doing so, and loving your national disease, are one in the same. And it is obvious to EVERYBODY else.

I keep hoping that the US will invoke the spirit of her Founding Fathers, and take to the streets demanding the evil levels of meddling in her affairs be arrested in place, examined, and our national course, corrected.  But Globalism, besides being the new Communism, has become the American way. The question is, what do you plan to do about it?