How Fake Is The News?

Recently, in the corridors and places of employment and entertainment, and in the waiting rooms of every type, among the elderly and the young, among the workers of both white and blue collars, and among the aging Gen-X's everyday speech, the term "fakenews" has become the stale white bread of commonplace consternment and ordinary migraines. This is a bittersweet pill to take with the pulse of a society, which places value on the rights of man, even taking the step to make mention specifically of the right to speak in the opening entitlements of its national instrument of existence.

These rights, when considered, also invite entitlements of the autonomies of those for whom our labor makes less sense than their exploitations of our labour, as such folks always have, and always will.

But a treatise of the conflicts inherent to a society that allows for the persistence of dissenting opinions this blog is not. There is plenty of causation to engage properly just such a concentration into an order of introspection, especially in the very fine lines wherein historical precedents have been made in order to draw the most basic and pencil-thin attempts at guidance.

For you see, to some, being free means having the freedom from even being guided. It is the choice of each individual as to whether or not he or she will be inclined to have the corroborations of their judgement and common sense deferred in acquiescence to those of another, as if freewill could endure the power of suggestion without the encroachment of ever-increasingly weaker resolve to think for one's self. For to some, there are very few tasks as unbearable and as indomitable as those requiring sincerely motivated meditation and forethought. People hate having to think for themselves.

Edward Bernays, the Austria-born father of Public Relations, concieved of the very principles of this characteristic of human nature, and was a pioneer in their exploitations. Bernays admonished his audiences with the portrait of a humanity that was not a participant in his environment, and was therefore, being subject to the same herd like gregarious mentality, easy to control.

More people prefer being told what to do in order to be free from the ensuing accountability- due when the motivated and thoughtful efforts with which one approaches a task are not appreciated. The erosion of dignity becomes the mechanism by which a people surrender the enlightened and visionary inspirations of our national birth in America, and the cause of so many memes demonstrating the firepower of lost national direction still in search of validating successes. Blame, one could conclude, is more insufferrable than mediocrity.

But this era, however, is not at all the first experience that the United States has had with fakenews. Ever since the Revolution forced monarchial concepts of press-manipulation from their discretions, alone, and into that of the wealthy or very clever, fakenews has been a part of the American identity. For example, the Beale Treasure of the nineteenth century promised millions in gold to whomsoever could decode a confusing set of symbols and languages that were believed to have been discovered and widely printed on the outside chance someone could do exactly that. No one ever did, but the copies of the alleged coded messages sold in sufficient amounts as to have, indeed, made someone extremely wealthy. Although it made many, many more take roads to the still-wild Western territories, where they found malaria, hardship, and a proud people defending their existences in a compassionless way. But nobody ever found the Beale treasure.

Again, in 1898, a newspaper owner whom was wealthy already, and wanted even more, decided to inflame the nation's rage against the Spanish in the Spanish settled colony of Cuba. So, he simply took facts and blended them with fiction, and thus one man started a war with three words: Remember the Maine.
In those days, if the American check and balance of competitive businesses applied, the man who wanted us to remember the Maine simply purchased that corporation.

Almost 150 years later, many Americans still remain unaware that the paper's assertion, that Spanish militia men had planted a bomb on the Maine, was conclusively proven to, in fact, be false. Scientests, historians, and explosives experts determined that, due to the damage of the blast, and the parts nearby which were in pristine condition, that this was not due to a bomb. The explosion was a detonation of coal dust, which was a common type of explosion aboard ships which were steam powered.

Having taken Bernays and his works to heart, an obscure German police official helped like-minded and despicable men ascend to power, all by claiming that a Jewish man had burned the German congressional building down. This, after a number of government sponsored dialogues condemning Jews in general provided what we historians call, "The fallacy of blame: when one group or person is responsible for the troubles confronting a majority."

These same men employed fakenews to invade Poland, and to foolishly apply direct pressure to a wound left from a decapitated head in their sustained and tragic war versus Russia.
And the United States, upon victory, took every bit of the art of propaganda which Josef Goebbels had used to conduct the honorable German people into ghastly war.

The fact is that the fake news being produced today may be new, but the availability of light-speed exchanges of information has reached untold intensities in terms of dissemination. And the phenomenon of social media has made fakenews a thorn in the side of both the government and the social media corporations, themselves. Owing to the fact that the governments of the world purchase personal information from these companies, and they are the biggest customers social media companies have, it is more than conspicuous that they actually believe they are comforting Americans by censoring them, and that this censorship might follow a financial motivation. 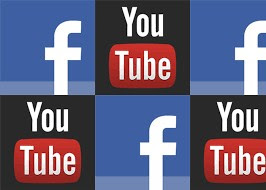 Being owned by men bearing half-baked notions of what government is, these owners fall prey to not wanting to think for themselves by trusting these governments to do it for them, and tell them which news is fake...

British pizzagate, for example, thrived until 2004, the year prior to the founding of Facebook, and thus, relied upon the papers, newsprograms, and the BBC (itself replete with pedophiles) and this resulted in a tragic and forty year plus terrorizing of the orphaned and unfortunate children of the UK. Due to pedophilia taking place in the highest eschelons of the BBC, the victims were often intimidated into silence, a lot like their advocates in Dr Phil and anyone else whom reports on pizzagate.

The Unabomber of the 80's and 90's, was taking a stand against this type of abuse and exploition. Exploitation and surveillance were exactly his concerns.

Rob Dyke, an awesome YouTube channel owner, and voice actor, recently posted a description in his, "Seriously Strange: the End" upload in which he boldly declares that, "...(due to this censorship) YouTube, as a medium, is no longer sustainable."

The fakenews inspiring all of this, by the way, is very real. And it really got the most attention from pizzagate, which is very real. And what is most infuriating is the notion that Google, or Mark Zuckerberg are revictimizing each and every single one of those children every time they decide which news is real, and which is not.
That is ten times more frightening than anything on, "Seriously Strange".

The problem is not that liars are going to lie, the problem is the American public seems to be under a spell, because Titus Frost may soon be demonitized, but he is also nonetheless correct. He is also in compliance with US law. AdSense will never approve this account, but I have peace with my maker: no lane brain government suckup billionaire can say that simultaneously when I do, for his riches shall avail him not who calls the righteous man a "conspiracy theorist".

When Google does what so many others have, and kicked the Dr Phils to the curb, the message we are getting is not fear, but extreme contemplations of inventing a social media format where the truth can be stated, without blaming the whisltleblowers nor blaming victims. And frankly, it is not the latent evil of the self-appointed censorship league which disturbs me most, it is the way that, even with billions of dollars in their bank accounts, these men have not finished their educations, thus are not only driven by a wicked intention vestigally compelling their unification with the nauseating bad guys, which they shall become, but had they finished college, studied law, studied algebra, studied the psychological illnesses children who have endured abuse are going to deal with: then they wouldn't need us to remind them what an American is.

Had these people thought in their own words and in their own conceptions of analysis, perhaps they would be on America's side.

But be ready for a fight if you think not having AdSense matters to me, or if you think advocating pedophiles, and just awfully bad math does not.

However I submit, I submit Globalism must be destroyed. I also submit that until these bitches kill us, we should keep the truth alive like David Seaman.