Getting Away From Bejamin: How The International Community Destroyed Netanyahu 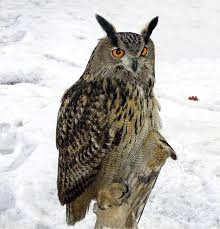 The owl is associated with Molloch, the Thor of Sumerian mythology, and the ancient symbol of the Conquerors of Israel


On April 7, 2017, in-concert with Israeli-loyal private intelligence operatives, Soros's White Helmets, and American intelligence networks which  provided gas to a group of terrorists, Muslim born Israeli agents, acting on the orders of Benjamin Netanyahu, provided Syrian intelligence with the location of a "chemical weapons depot" manned by anti governmemt agents, resulting in an aerial assault sucessfully hitting the target, and just as Netanyahu hoped, gas was realeased.

But it was not Sarin, as dozens of scholars have been saying.

Netanyahu, an accomplished and bloodthirsty murderer, managed to break up the only alliance resisiting his nation's systematic genocide of the Palestinian peoples, and seizures of more land. This, coming on the heels of the December UN condemnation of Israeli one-state policy-driven attempts to annex more Lebensraum, or the Nazi-shared racist concept of their superiority, and Jewish superiority, indemnifying them with the right to commit immorale acts in order to forcibly destroy a population in order to provide the murderers with more room to live.

When Trump's inner-circle realized that it had been had, it appears that Trump's team circumvented Jared Kushner, the first son in law, and sent the word to EU officials: get Nentanyahu.

This is necessary, as Netanyahu, the planner of 9-11, is a psychopath with public and recorded quips about the "American Gullibility". His statement on this subject in 2002 was based upon his assertion that 9-11 had succeeded in a US presence widening in the region, though it was completely wrong and destructive to the arab governments in domino like fashion, and the US would finish destroying Syria as Lebanon had been destroyed. This makes the US's ReBush wars actually designed by Israel to destroy Syria. And it almost worked.

In 2000, then Israeli PM Sharon had selected Netanyahu to head up the Israeli-foreign office, which would cover (from Israeli legal standpoints) his operational co opting of bin Laden's 9-11 plans, as well as guarantee the plan would remain a secret by delaying Netanyahu's appointment to the Foreign Office head till after 9-11 had occured, which then, tentatively had been scheduled for late August.

Sharon wasted no time in making his appointment official, meanwhile, in the press, Netanyahu's offensive remarks about Americans were famously, albeit accidentally, recorded on tape.

As the realities of the blood on his friend's hands became clear, Trump has been convoluted in his doctrine for dealing with Israel, realizing that the attempted Israeli annexation of more areas for settlements violates at least three treaties, incuding articles of the Camp David Accords which guaranteed the nations of the region would follow the UN's pace in these areas.

As the fallout of the realities of Syria grows, the EU, in unity with the UN Sec council's condemnation of Jewish Lebensaraum, has begun questioning-openly the legalities of Netanyahu's efforts in violating the UN sec council's findings late last year regarding more settlements. This revealed the manipulative and psychopatic aspects of his persona as Netanyahu realizes that the implications nullify the successes on 9-11, making all that murder and success pointless, and the threat this poses in his twisted psychology can barely be hidden, as he ridiculously accused a German Foreign Minister of "repeating the holocaust..."

Meanwhile, at home, a fraud investigation across a wide range of corruption charges has become the opening salvo of the forced resignation of Netanyahu, with the best party in Israel, the moderate center left Nikud, demanding Parliament be dissolved and elections delayed until after Netanyahu appointees and top-level cabinet posts are cleared of any wrongdoings,

Hopefully this removes Netanyahu and his Zionist bloodthirsty party Likud from the annals of history. But I would settle for "removed from power".
at April 29, 2017