Blows From the Past: Why #spexit Is Still A Thing 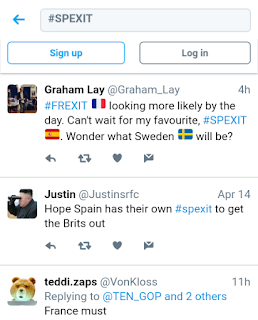 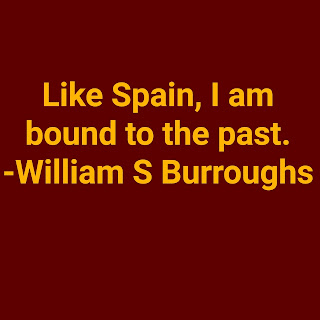 Have you ever really considered why some people love the EU, and some people simply despise it? The answer is simple, money. The people whom work each day, giving their lives and portions of their paychecks to a European Parliament whose job is not to tend to their needs, must get sick of it. Meanwhile, their money is stretching less and less further, while consumer prices and inflation continue to wreak havoc at the cash register. All the while, the predatory capitalism, and their many edifices, simply thrive.

Why is that? It is because the EU's international actions and their internal actions are starkly contradictory; as if your child had no idea that giving your house, food, and car away would hurt you, but posessed the legal authority to do so. What they are doing for Asylum Seekers is, in reality, not going to benefit anyone in the long-term. And verily, it is one of several issues that is only making the real forces behind the EU very wealthy.

Yet each working person is taxed by their national government, which, in turn, pays for the industrial standards of EU, highest in the world, thusly very expensive, as well as provides effort to the common interests of Europeans in general, such as food and medical regulations being standardized.

And the fact is, for each Euro surrendered to EU committees, EU employees, and their ensuing debate-laden meetings about when they will agree to meet, that taxation is senseless.

It is simply taxation to bank the salaries of a forum not geared at all for economic recovery, but, to the contrary, is all too skillful at throwing hard-earned money to accomplish a very non-European international policy like the Asylum Seeker disaster, all the while, sowing, obliviously, the seeds of converting Europe into one, big, desperate third world nation.

Meanwhile, in Spain.....
But this falls short in the "in like a lion, out like a lamb, then, back in like a lion", Spanish presence in the EU. For the internal struggles plaguing France, Italy, and many, many other member-states just didn't draw as much water for Spain as they do in her bigger and higher profile neighbors. It is testament to the character of Spanish people, and not to the affairs of politicians.

Verily, they have experienced bank failure already, and it devestated their bank. But hashtag Spexit wasn't even a thing, then. For the fourteenth largest economy on earth, at 1.3% of the world's wealth, they are a nation not unvisited by poverty, nor by hardships.

But the biggest reason #spexit will never happen is that the Spanish people could take or leave it, and until their politicos sound the poll alarms, it shall never rise above the hashtag campaign that it is. 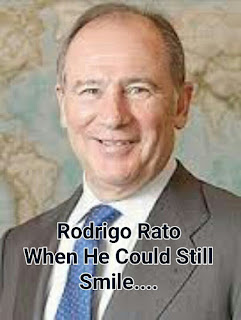 Former IMF chief, and current prisoner, Rodrigo Rato is perhaps the most prominent figure to be indicted in the February arrests of "elitist" Spanish bankers.

In yet another vision of false-hope for the emergence of #Spexit, Spain took the unprecedented step of arresting sixty five of their most prolific bankers, including former Spanish finance minister, and former IMF head, Rodrigo Rato. Rato's contributions to the architecture of the EU are numerous, without his influence, Spain's position in EU, and Brussels, in particular, (where EU spends their money) would not be.

The provisory climate which exists in every other EU member state, that the elite are above the law, has not changed, not even in Spain.

Rato, for instance, belongs to the same party and same social cabalist paragon as can't- lose Spanish PM Mariano Rajoy. But, in typical EU fashion, the message going out is one thing. The money going uphill into those coffers is another, and if you are inside that room, the rules just do not apply.

So, yes, it is only a cosmetic act. The persistence of #spexit is partially, at least, due to the delightful possibility of the headhunting of greedy bankers being included into Euroscepticism....but slow are they to accept that Spain's adherence to EU is inconsequencial to her people, whose national existences, since Annos Domini occured, have been very difficult.

Indeed, bankers, and the EU in Spain, are safe.

And as their iron-shod shoes dig regularly into the bruised backs of this long-suffering people, it is merely a refrain from the realms of tradition, along familiar roads, and from an unsung past.
at April 23, 2017