What Happens When You Steal An Election?

From straight out of the CIA regime-change handbook: capture the electoral process and the communication centers. This is how the CIA installed the Shah in Iran, in 1953, and Pinochet, in Chile, some twenty years later. Both of these systems were the result of the US Cabal's interference. 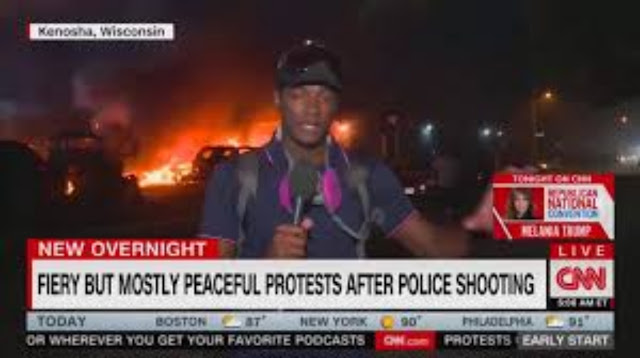 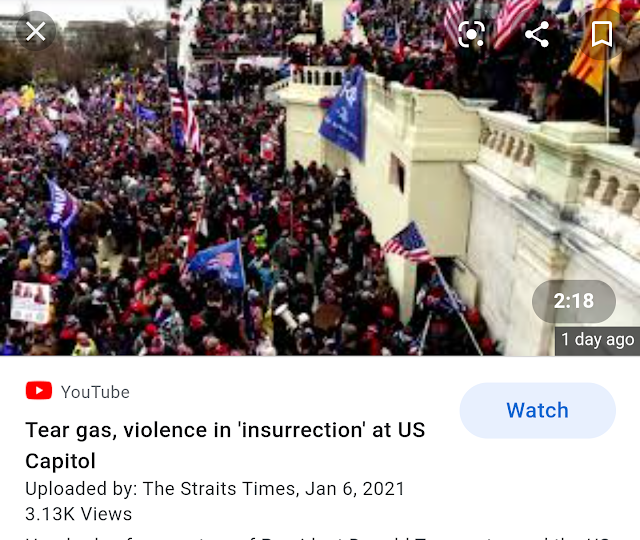 But, the reverberating spasms of doctoring nature with artificial, and culturally ignorant insistences, ones which affect the political structure inside of this nation, shall eclipse even those magnificent failures. Indeed, this gone too far to conceal. And History always revisits the forces engaging in such espionage.
And, with the stolen 2020 Election, the Cabal has gone too far, and they sit on ticking time bombs, instead of traditionally American, and  elected posts. 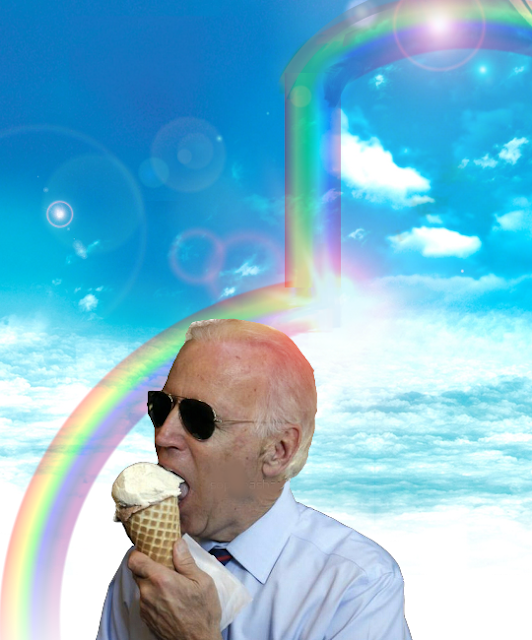 The likelihood that armed insurrection shall revisit these un-American activities, is extremely high. These acts are not the will of the majority, but instead, were carried out against the majority by the clerks that do the day to day policy executions in this land. 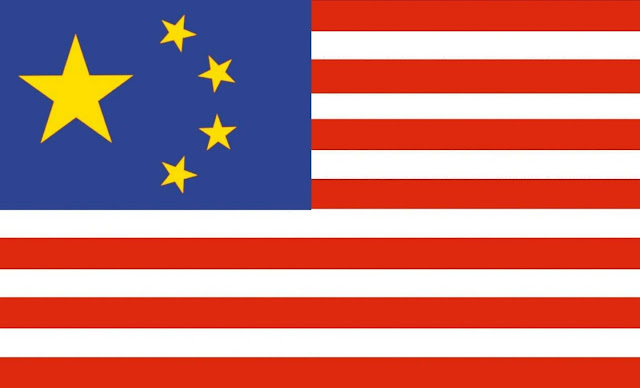 Chsinese Democracy
We are playing with fire in America. We are also looking at real calls to prepare to defend the Bill of Rights from the Communist corruption which has bought an election, suppressed the media from exposing it, and caused us to simultaneously see the proof of the cheating, and to believe that it is anything but cheating we are seeing. And, after all that, we are stuck in the muscle memory effort to still have evidence to substantiate any belief that we are not idiots.
The simple fact of the matter is Trump should not step down on the 20th of January. But, the facts are such that even the Supreme Court is playing cowardly evasion to having to face the peril we are in, as a nation, and at this point in the game, there is little faith remaining in a system that could sell out so easily to China.
The Benford Model, which is used by the US's own State Department to assess the sanctity of foreign elections, by tradition, must condemn this election based on the identical statistical data used to condemn the Iranian elections it condemns, along with those of other, third world nations, like Venezuela.
All the while, the victory is not the Democratic Party's, nor is it the mainstream media's. It is the victory of the Chinese Communist Party which has owned them, both, starting with the Clinton Administration. And, the ReBush Republicans, like John Roberts, Chief Justice of the Supreme Court, are also sold out to them. What will we do?
Prepare for a general breakdown in the order in the United States, and ultimately, Civil War.
The reason the merits of the cases filed against the election were so important is that these provided the last hope to avert this path. But, with Chinese damage against the US economy reaching ruin status, and, in spite of a vaccine, Joe "I Never Said I'd End Fracking" Biden, and his Comrades serving the Chinese by pretending to be governors in certain states, promising more authoritarian dark winter lockdowns, it's abundantly clear that the net total of the arming of BLM and related woke zombies, should be a bright flare to the necessary fragmentation of the country.
Georgia, which could not prevent the cheating it's leaders are ashamed for having been unable to conceal, is holding the Senate runoff election. It is a joke that they won't cheat, as openly, and obviously, as they already have.
So, when DC is offered up as a state, let us have already prepped, armed, and made the necessary pre production work to secede from the states of NY, California, and the inner cities of America.
When they order you to grab guns, police officer, now do you see why what you are doing is wrong? They wanted you gone, not us. Join us? We could use the help.
at December 12, 2020 No comments:

The facts about liberal philosophies are that they so conflict with human nature, that they must be enforced by police state, personality cult, murder, and fear.

Nicolae Ceausescu was no different. Neither is AOC, nor Antifa. Eventually, (or so they wish) history must repeat itself so that fools can delude themselves with Marxism....and we must stand by, draw the line, and give no quarter, nor take no quarter.

This has already run its full course. Yet, for reasons unknown, we are supposed to suffer time, blood, and rage so that they can learn what they refuse to read about, in History.

The repressive nature of Leftist views kept the whole of Eastern Europe in terror. For Romania, the Securitate made this particularly terrible. They literally could die for praising Pole, Lech Walensa.

The Romanian people didn't ever see Corsesceau's photograph! ALL that they saw were the propaganda images which froze his likeness eternally as he appeared in 1953....for almost 40 years. You see, these are the realities of Communism. 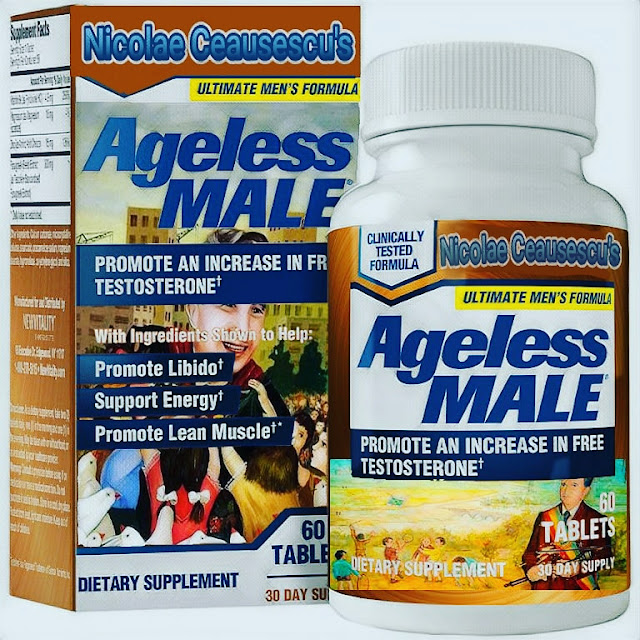 They start out selling an ideal, and end up dead, shot against the wall.

The past, for the Marxists among us, is an unheeded warning. But History spits out the ungrateful.... 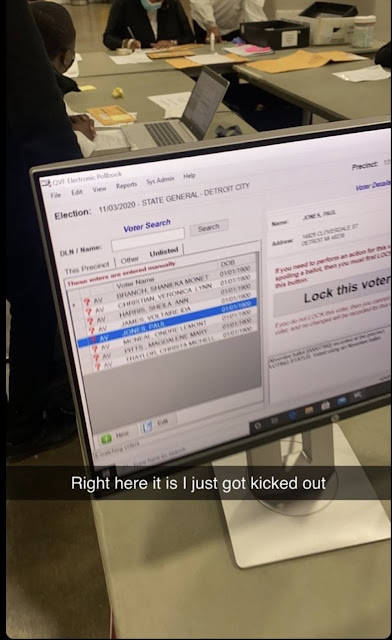 Many of you probably don't know who James David Barber was, and what it is that he left as his legacy to both History, and Political Science. But there are plenty of my blog entries where I go into great detail about him. I used his system to assess the the presidency of Obama as one of the four categories of US presidents, Active, or Positive,  Passive or Negative. Presidents educated in the subject of political science tend to desire the title of "active positive". But, the "positive" term for American presidents has been eliminated by AIPAC, which had hijacked the US Government by 1973.
I'm going to give a quick rundown in the high speed explanation of all this, and I'll boil this down to it's bullet points. 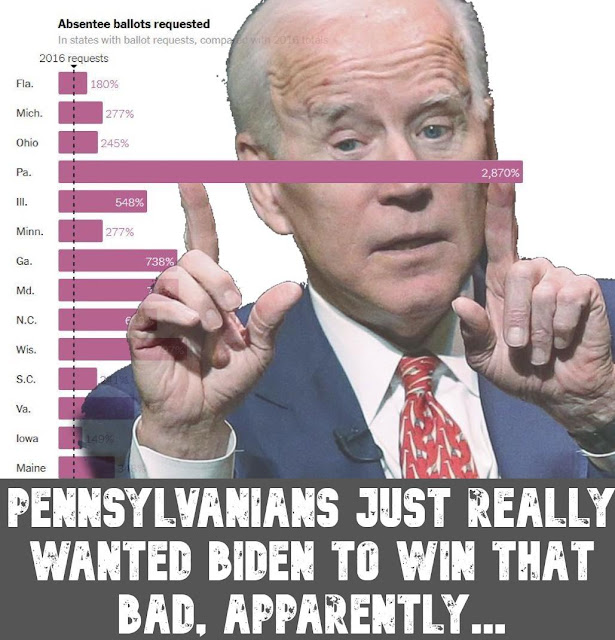 Barber assessed presidents by their relationships to power, and innovative habits (active presidents realize policy through coalition, passive presidents defer resolution to assistants). He gave them a further descriptive terminology as either  "positive" (keeps their campaign promises/platform), or, "negative", when their campaign outline is abandoned.
Obama was a passive negative, due to his campaign platform residing in bloated rhetoric, and his refusal to stand up for the good of the nation in such misguided policies as, "The Arab Spring", Syria, and others.
But, Trump represented a need to not only recognize the reason that AIPAC has forced each president since JFK to be either active or passive NEGATIVE, but the need to address the habituated corruption that operates central to the US policy molds, fashioning both its international, and domestic characters. 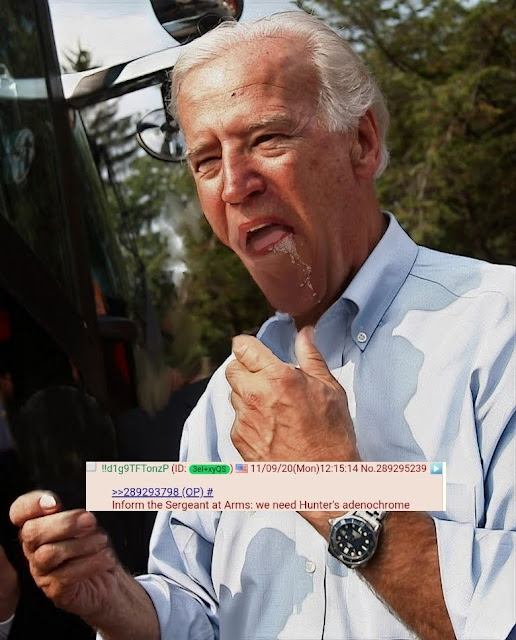 One can insist Trump is Active Negative.... Until the radical left tried to confidence rush a contrived president elect beyond the will of the voters, and into the Oval Office.
It was this adversity which provided the catalyst for a job that seemed Heaven-sent to Donald J Trump.
He simply said, "No." And, the sane righteous indignation which any human soul feels about right now, that stuff kicked in. And the wheels began to turn. 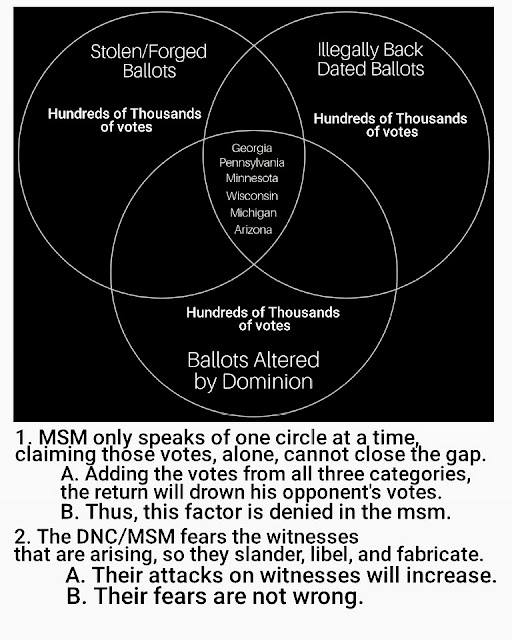 As he stood up, the promises he made in 2016 began to fall into place.

Though he may have felt darkness, rage, and isolation: we have felt that way since 1963!

And, positivity began to strike a path of innovation to run these parasites who live on the taxpayers's trust, right out from underneath him. And the pathways to doing so were a cooperative effort with God, Trump, and his much maligned voters.

We united, and prepared for whatever price we will need to pay to receive our country back into our control. 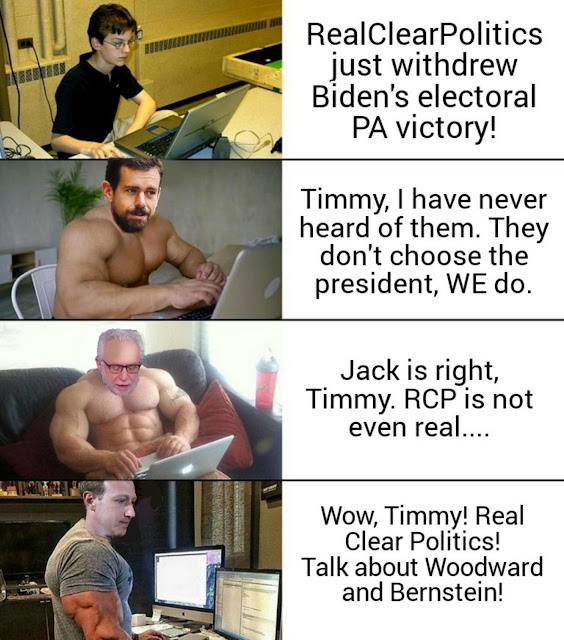 This makes DJT the first active positive president since JFK, and we anticipate, with power, the confrontation being planned by the scum using race, gender, and other identity politics to destroy our nation.

The active positive president has risen from the ashes of Zionist uselessness. And perhaps now, Trump can realize the hive of the stinging creatures that corrupted our nation, and in the fight for his political life, and our nation's existence, this enemy can be confronted in every aspect. The consistency of the desire to reform and reconstitute the vitality of the United States would satisfy James David Barber's observances of positivity.

And this would not mean that Trump was considered two different labels in two different terms. Instead, this policy direction is a huge step and took time to develop. Unlike Bush 2, whom some consider term one, active positive, and term two, active negative.

More mass media mob nonsense..... The man did not recant his sworn testimony. The oversight committee is deep state...

This is Trump Support V Biden Support LIVE, on Twitter....

James David Barber can't tell us, anymore. We have the evidence. And, we see the challenges we are all facing. 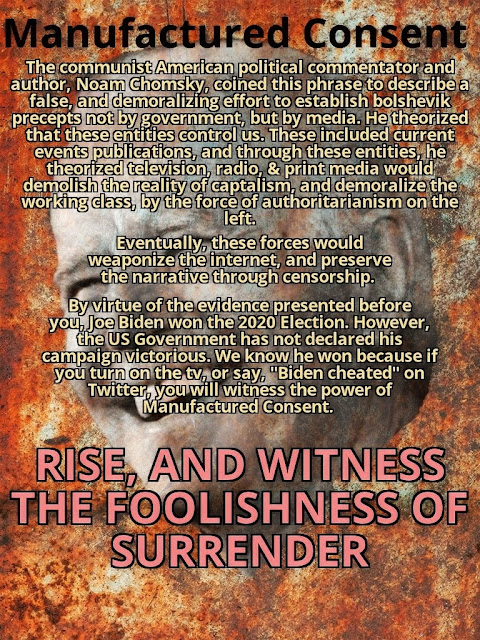 This thing is not confusing. The story, which "fact checkers" deny, is clearly in this link. 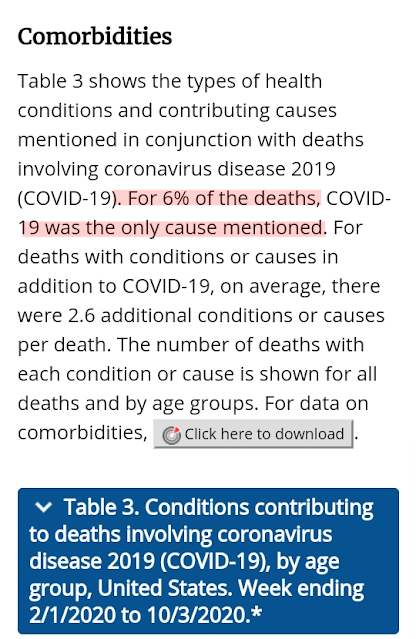 I'm gonna leave these pics here. You decide: is the Covid Issue being used politically? 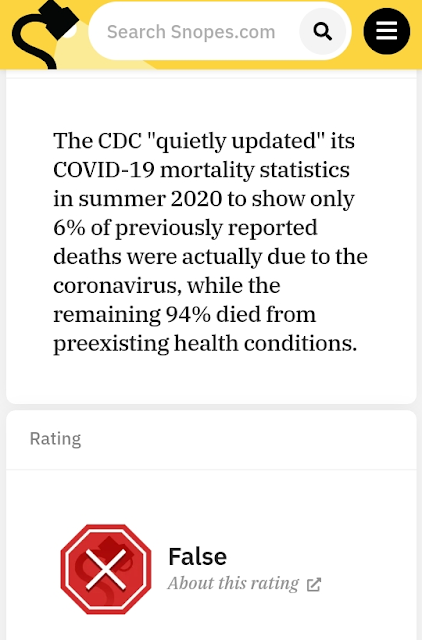 Where Can I Take These Strays So That They Won't Be Euthanized? Forgotten Tails!

What is Forgotten Tails?
Forgotten Tails is a crew of dynamic angels that are confronting problems, creating innovative solutions, and doing so with very little help...

What Am I Talking About?

Imagine a world where no creature would be born unwanted, discarded, and tuned out.... Forgotten Tails finds these creatures, and turns up the volume, so that they can't be ignored!
Although headquartered in the Walker County/Greater Metro Birmingham area, they are connected to a large network of foster parents, dedicated veterinarians, corporate entities, and you.... to save every puppy and kitten from dying alone, afraid, and starving.
And, I can speak from experience. (More about that, later)
Forgotten Tails is connected to the 501-c tax exemption network, which makes your and my donations tax deductible.
And their work ethic could conquer foreign lands were it aimed directly at that goal. However, the mission statement of Forgotten Tails resides in a place more celestial than the spoils of war: this is the warm reception, comforting, and endlessly trekking across the width and breadth of the United States, finding homes for these children.
And, they need your donations... It's how they thrive.
Are you employed by a store with a manager willing to donate dogfood vendor stock that was damaged in transit, and otherwise discarded?
Don't feed your fat dog! Feed the hope that lifts these children up, and saves them from a cold death, distant from compassion, and against souls with evidence that the human race is otherwise sleeping at the wheel.
And, if you can, please use this link, and donate anything you can.
And, please pray for the safety, and fastidious hands to retain their own lives and hearts, as they confront a problem which has been ignored for too long.

Missy, Then, The Eight!

I recently met my friend Paul, who had taken in a stray mom and her eight Puppers. He had no idea what to do.
Without Forgotten Tails, the insolvency of his considerations would have pitted his heart against his wallet: like so many of us. But, Paul refused to engage kill shelters.
This is Missy. 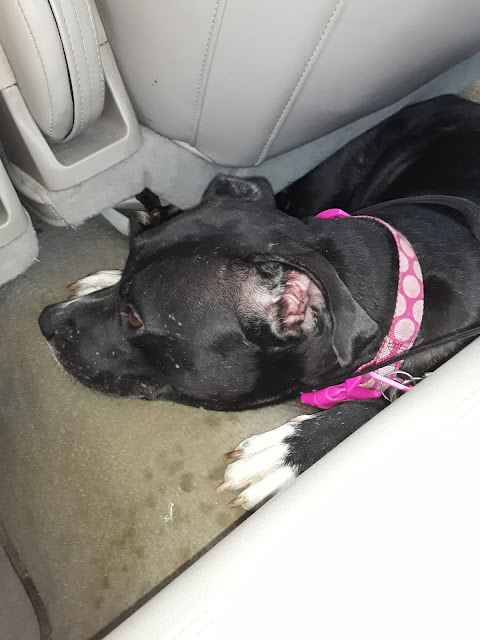 These are her eight Puppers. 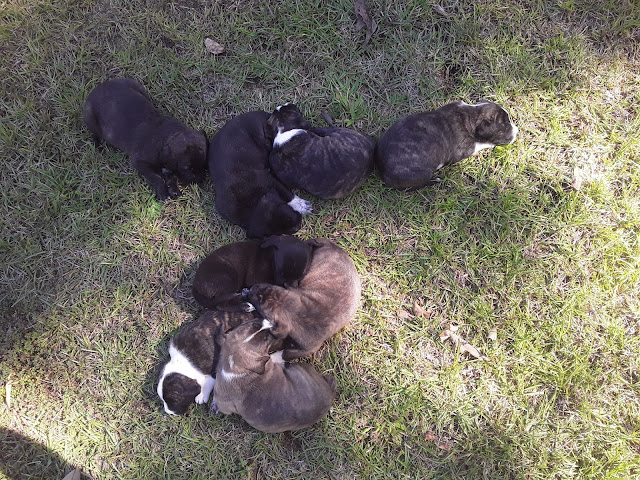 The crew of Forgotten Tails took her in, and saved all nine of them.
But, they cannot do this without your help.
Please donate.
Thank you.
Tears run down my face when I think about this problem, and how the hands of Forgotten Tails are in an ever effective circuit trying to solve it. Please help.
at October 01, 2020 No comments:

Email ThisBlogThis!Share to TwitterShare to FacebookShare to Pinterest
Labels: Animals Puppies No Kill Love Puppers Where Can I Take Unwanted Animals